Old Monasterevin whiskey to go under the hammer 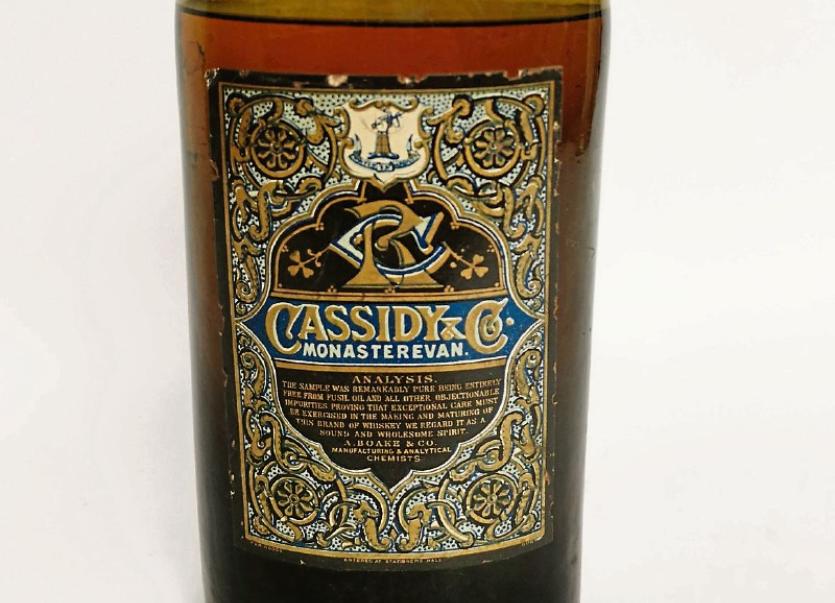 The Cassidy whiskey which will go under the hammer

A rare bottle of whiskey distilled in Monasterevin is expected to fetch more than €12,000 when it goes under the hammer next month.

The Cassidy and Co Monasterevin whiskey is the star lot of a pub collection auction of more than 10,000 memorabilia items.

The whiskey was made by the Cassidy family, who made whiskey at their Monasterevin mill from 1784 until 1921.

It will go under the hammer through Cavan-based Victor Mee Auctions online on October 5 with an estimate of between €6,000 and €12,000.