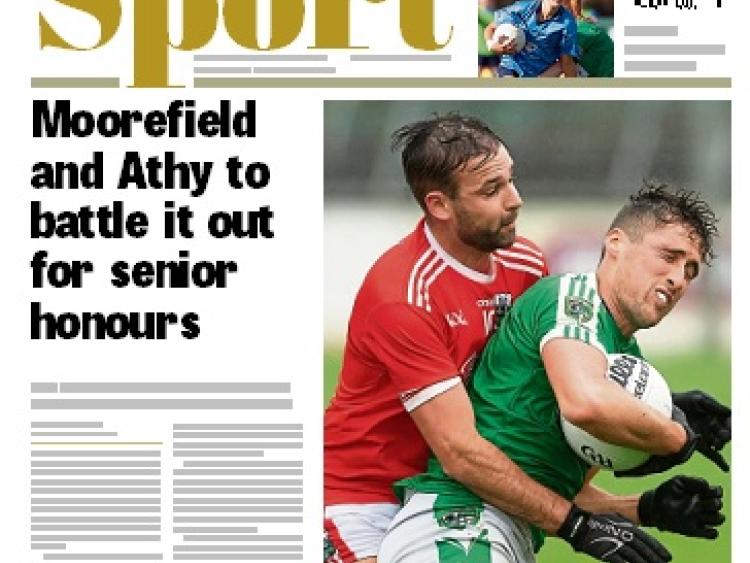 In the IFC final it's Clogherinkoe and Kilcock who will line up in this weekend's final.

We look ahead and preview both the senior and intermediate finals, due to be played this Saturday.

Golf: All the results and news from the Fairways plus a Picture Special from Club Kildare Corporate Day at Kilkea Castle

Rugby: Naas finally get back to playing fields and record fine win over Terenure College in the Energia Leinster Community Series.

Racing: Tom Madden on the mark with 25/1 winner as we look back at the Kildare Racing News from last week.

Soccer: KDFL results, reports, fixtures and up-too-date tables along with feature game as Galhoy defeat Hotspurs 8-3 while we have a weekly round-up of the senior division.