Fashion Fix: How to wear a waistcoat in 2020

Tips and tricks from industry experts 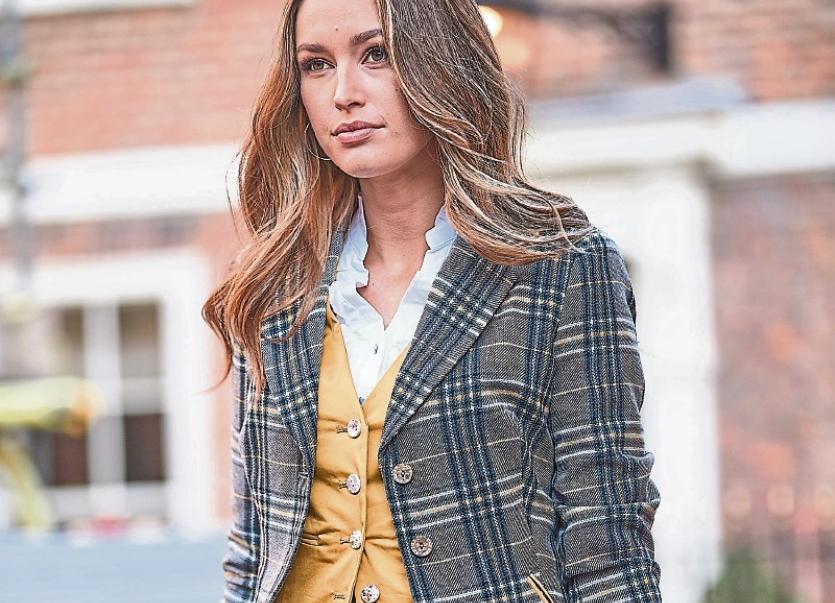 When you think of relaxed and understated cool in fashion, waistcoats might not be the first thing that spring to mind.

After all, the last time you wore one was likely the mid-Noughties, chasing after the Boho style of Sienna Miller and Kate Moss. Like so many trends from the 2000s, waistcoats have since been banished from our wardrobes and minds.

However, last year saw a resurgence in the popularity of waistcoats for men - largely thanks to England manager Gareth Southgate's tailored styling at the football World Cup - and now it would seem like the look is seeing a renaissance in womenswear too.

Big fashion brands, from Dior to Burberry, have realised there's a modern way to wear a waistcoat, as it's actually an incredibly versatile and hard-working piece of clothing - and it's perfect as we come up to the dog days of summer and need to start thinking about transitional dressing.

Now is the time to forget any preconceptions around waistcoats, because they're making a comeback. Here's how to wear a tailored vest in 2020...

From Burberry to Louis Vuitton, major labels have fallen in love with check-print waistcoats. Perhaps it's because there's something vintage about the style, as well as going hand-in-hand with another major trend of the season for extreme matching.

There's been an uptick in matching your whole outfit both on the runways and on Instagram, with fashion fans wearing trousers, jackets and waistcoats all in similar patterns and colours. Call it the Clueless effect - the film might be 25 years old, but it still seems like we're learning style lessons from it.

On the more extreme side of things is Burberry's take on the trend, with model Joan Smalls wearing a full suit and waistcoat in a mix of houndstooth and the iconic Nova print. If this was a bit too much for you, you can still get in on the fad by wearing a check suit and picking out a matching waistcoat within the same colour scheme - a la Cher in Clueless. Even if the waistcoat itself isn't check, make sure the rest of your outfit is.

With the lines between male and female dressing becoming increasingly blurred, waistcoats - traditionally part of a masculine three-piece suit - are the perfect way to bring some androgyny into your outfit. Paired with a matching suit and jacket, it's a sharp and modern take on the trend.

You can experiment with silhouettes and colour schemes, perhaps going for classical tailoring in an unexpected colour, or over-size the proportions for a playful interpretation of the look.

At the other end of the spectrum, an ultra-feminine way to wear waistcoats is with nothing underneath. This demonstrates just how versatile they are: while waistcoats are perfect layered on top of a turtleneck for an autumnal day, when the weather warms up, they're just as suitable on their own.

When worn like this with jeans, a simple black waistcoat channels Nineties-inspired minimalism. Layer with lots of delicate necklaces to really capture the vibe.

Women wearing waistcoats might still seem subversive, but it's by no means a new thing. It was a particularly popular style back in the Seventies, with fashion icons like Bianca Jagger and Jane Fonda championing waistcoats - not to mention Diane Keaton's iconic outfit in the 1977 film Annie Hall.

To tap into the Seventies vibe without feeling dated, opt for loose silhouettes in light materials like crepe or linen. It's all about a relaxed approach to the trend. We particularly like lighter colours for this look - like creams or pale pinks - when the weather is warm, but the style works just as well for more wintry weather in black or charcoal colours.

For a real Seventies look, layer your waistcoat with lots of other tops and jackets.

If you can't find actual waistcoats that work for this, 'sleeveless blazers' fit the bill just as well.