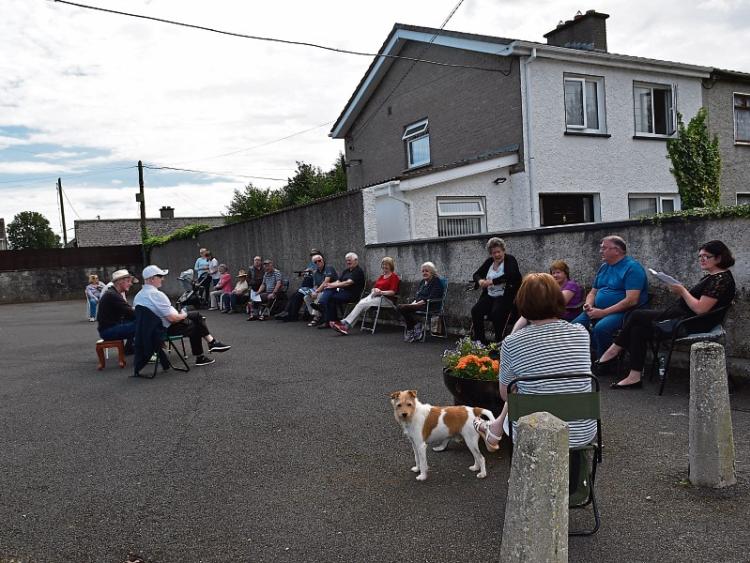 Covid-19 will be long remembered for its disruptive influence on communities everywhere.

All manner of gatherings whether sporting or commercial, religious or social have been abandoned altogether or scaled back to the most miniscule format across the globe. One Naas event that did go ahead, notwithstanding the long poisonous reach of the virus, was the annual general meeting of the Sarto Park residents group.

It took place late last month in the playground situated between two houses in Sarto Park.

It was the 50th anniversary of the foundation of the residents association. Sarto Park, Pacelli Road and Sarto Road are known locally as the “papal estates” because they take their names from popes at a time when the Catholic church had a much stronger influence in Irish society.

Sarto Road and Pacelli Road were completed around 1954, followed by Sarto Park which was done in three builds between 1958 and 1978. The nearby St Martin’s Avenue and St Gabriel’s Place were completed in ’67 and ’54 respectively with Our Lady's Place being finished in 1950.

“The AGM normally takes place in May or June but was delayed because of the virus and we decided in the end to hold it outside because the weather was good and we could achieve social distancing. The novelty of having it outside probably created a bit more interest than usual,” said resident and long-standing committee member Jim O’Sullivan.

The area is best known to non-residents for the picturesque canal walk, which is likely to form part of the greenway walking and cycling route in time. The residents tend to get through the meetings in an hour and this one was no different.

And, for the record, those elected half a century after the inaugural meeting were Tommy Hayes (chairman), Paula Fitzpatrick (secretary), Joe Curtis (treasurer) and committee members Piery Holden and John Behan.