Kildare Wildlife Watch: Can you find this wild — and legal — hemp? 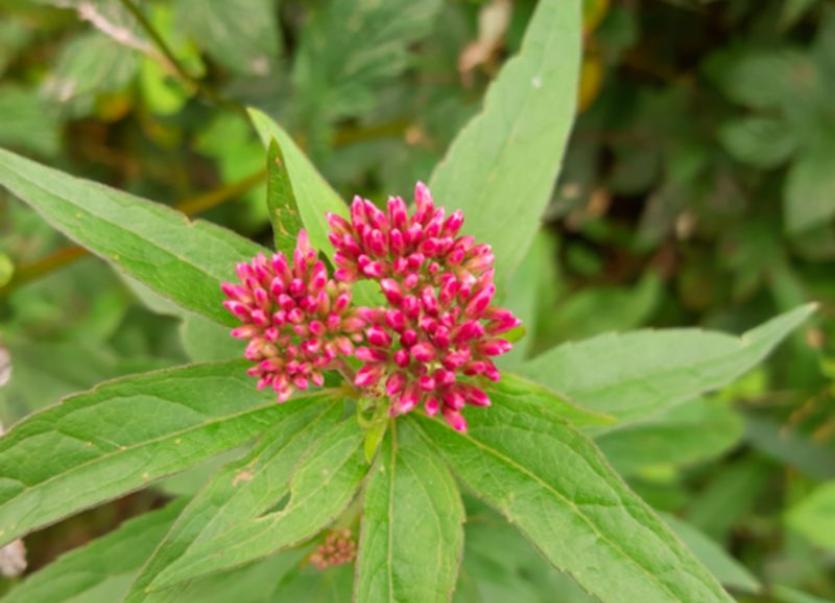 Well we certainly had our fair share of rain last week! We did have some bright dry days and I took the opportunity to visit the Ballygoran stream, which runs through Castletown House in Celbridge.

While visiting the stream, I was working towards the completion of a summer wildlflower survey along its banks as part of a project with the Local Authority Water Programme. I started the survey at the mouth of the Ballygoran stream as it enters the River Liffey, and that is where I found this weeks species hemp-agrimony (cnáib uisce as Gaeilge).

‘Uisce’ is the Irish for water, so with both this in the Irish name of the plant and the location where it was identified, it is easy to see that this wildflower is typically found growing in damp ground including the banks of Ireland’s rivers, ponds, lakes and even coastal areas.

Another link you may make is that between this wildflower and another plant also known as ‘hemp’ or, using its scientific name, cannabis sativa — but there is no connection between hemp-agrimony and cannabis.

It is believed the name was given to hemp-agrimony as the leaves are similar in shape in both species, but they are not believed to be related beyond the similarities in the leaf shape.

This wildflower can grow to a height of 1.5m and its bright pink flowers form clusters at the top of the plant which bloom from July until September each year.

In early autumn, the flowers will open further to create a dusty pink bloom that reminds me of candy floss. The stems of the plant are red and support the long-toothed leaves which grow opposite each other.

Hemp-agrimony is of particular importance to our pollinators, including butterflies such as the small tortoiseshell and migratory red admiral.

Although this is a common wildflower I have only come across it on a few occassions. Can you find it in your community this week?