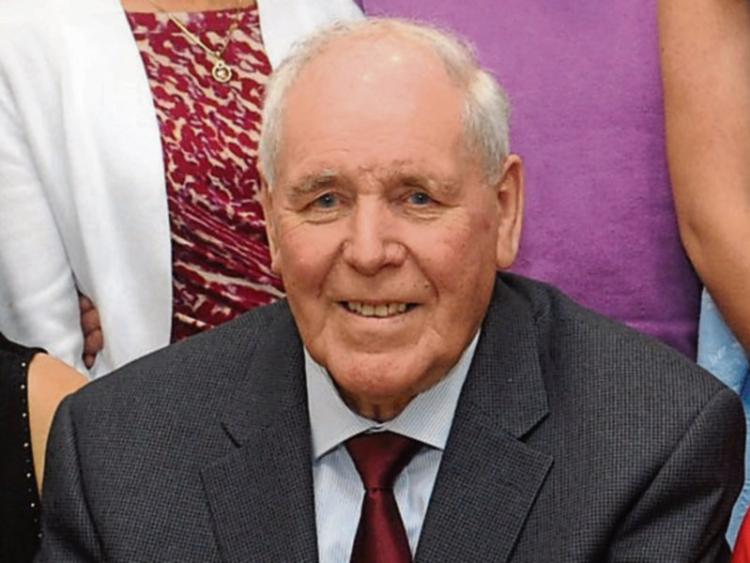 The passing of Jim McDermott at his Páirc Mhuire, Newbridge, home in the early hours of Tuesday, July 21, breaks one of the few remaining links in the chain of that great history-making Moorefield team of the late 1950s and early ‘60s which brought great honour to the club; Jim was a central figure in the achievements which set the standard for all future Moorefield teams to emulate.

The club history records that “1962 was a watershed in the history of the club. From its humble beginnings in John Kelly’s cottage on Moorefield Road in 1882, ultimate honours had never been achieved” but the dream was reached eighty years later when the men of ’62 won the Senator Cummins Cup, albeit on May 12,1963.

Jim McDermott, wearing the number four jersey, was one of the giants of that team; his contribution to the success of the Moores was inestimable. He was lauded in the Leinster Leader report on the final as one of the ‘most noted in the Moorefield defence’. And he was praised as best of the fullback line in the semi-final win over Kilcock — that in a third replay.

Like many of his colleagues, Jim began his career in the early 1950s at a time when there were very few opportunities to play competitive football. In 1956 he lined out at centerfield for Moorefield when they lost the county intermediate final replay against Kilcullen.

His reputation as a solid defender grew and he progressed quickly to the senior team winning three Leader Cup finals in a row — the last team in the county to do so — in 1958, ’59 and ’60. And those successes paved the way for ultimate glory with the 1962 championship win.

As well as his distinguished playing career, Jim played his part off the field serving in many roles over his lifetime — selector, mentor, committee member and fundraiser. One of his undoubted talents was to spot young, and even very young, players with potential to make the grade in the Moorefield jersey and to advise selectors accordingly.

Jim was a loyal and trusted foreman in the carpet division of Irish Ropes where he worked for 42 years — and it was there that he met his future wife, Ann. He was a member of the Ropes football team, most of whom were county players, which took part in inter-factory competitions and he also played in several tournaments with Moorefield.

Jim McDermott will be missed by all Moorefield people, especially by those of his playing days, but most of all by his wife Ann, his sons and daughters James, Thomas, John, Paul, Michael, Colette, Karen and David, as well as his extended family and friends.

Despite the coronavirus restrictions, the very large attendance at his funeral was testament to the huge respect in which Jim McDermott was held.

It is said that, when a good man dies, he gets a guard of honour befitting his status in the community. But when a hearse bearing his coffin is flanked by a guard of honour of former players and members of the Moorefield Executive Committee, and a second guard of honour of almost all of the Moorefield senior team lines up on the Naas Road as the funeral cortege approaches St Conleth’s Parish Church, and dozens more people are already there, then you know that a great man has passed on to his eternal reward — just 11 days short of the 60th wedding anniversary of Jim and Ann who were married in the same church on August 3, 1960.

Paying tribute to Jim, club chairperson, Mick Moloney, said, “Jim McDermott will be missed by all Moorefield people, especially by those of his own playing days, but most of all by his wife Ann, his sons and daughters James, Thomas, John, Paul, Michael, Colette, Karen and David, as well as his extended family and friends, to whom, on behalf of the club, I extend our deepest sympathy on their sad loss.

“Jim represented the true spirit of Moorefield and helped the club rise to the top in Kildare football after a very long and lean period. His determination, skill and strength as a defender ensured that any opposing forward had to work very hard to gain an advantage.

“May the example of his life and his commitment to Moorefield continue to inspire all those who knew and loved Jim McDermott, a family man, a loyal worker and a wonderful lifelong Moorefield person. May he rest in peace”.

— From all at Moorefield GAA