Animal Rescue: Can you give Geronimo a home? 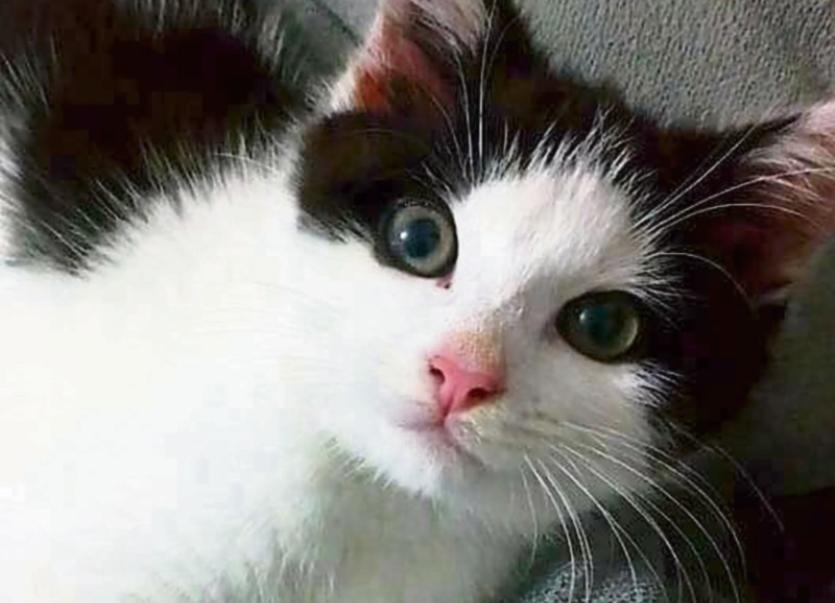 Geronimo the cat is looking for a good home

The KWWSPCA recently helped to care for a puppy who had been subject to severe cruelty. The puppy was found by a local garda in the south of the county. It had a broken leg (which had been broken for several days), it was malnourished and had an infected ear and thigh. The puppy was seized by the gardaí and taken to a local vet and while there the poor dog was found to have metal, plastic and a nail in its stomach.

After treatment, the pup was released into the care of the KWWSPCA’s volunteer animal welfare officer, Shauna Byrne, a veteran of over 1,200 animal fosterings and over 16 years with the KWWSPCA. We are very pleased to say that the puppy has now made a full recovery and has been rehomed.

A man was prosecuted, jailed and fined for cruelty to the puppy.

He was also banned from owning any animals for life.

Just a reminder that, under the Control of Dogs Act 1986, which was amended in 1992, all dog owners are required to have a dog licence. If you are found without a licence you can be liable to a large fine. The licenses can be bought at the Post Office or online from licences.ie.

An annual licence costs €20 or a lifetime licence cost €140. Just a reminder too, that all dogs must be microchipped and registered to their owner and should wear a collar tag with their owner’s contact details on it.

THE KWWSPCA IS STILL LOOKING FOR NEW PREMISES

The KWWSPCA is still looking for new premises as it will have to move out of its present shelter before the end of next year.

If anyone knows of stables, kennels or a suitable piece of land for sale in Kildare that might suit an animal shelter, please let us know.

Having an animal shelter is vital for the work of the KWWSPCA as it enables the Society to save and rehome a much larger number of dogs (and occasionally other animals) than would otherwise be possible.

KITTEN OF THE WEEK - GERONIMO

Geronimo is looking for a home. He is a lovely kitten who is neutered, deflead, wormed and fully vaccinated. He is 10 weeks old and litter trained. We ask for an adoption donation of €80 when we rehome a cat or a kitten to offset some of our veterinary fees. Please contact (086) 390 5792 if you would like to welcome Geronimo into your home. His country of origin is Ireland.

The Kildare & West Wicklow Society for the Prevention of Cruelty to Animals (KWWSPCA) is a Registered Charity which investigates and deals with reports of cruelty and neglect to animals; family pets, wild animals and birds, and horses, ponies and donkeys, throughout County Kildare and West Wicklow.