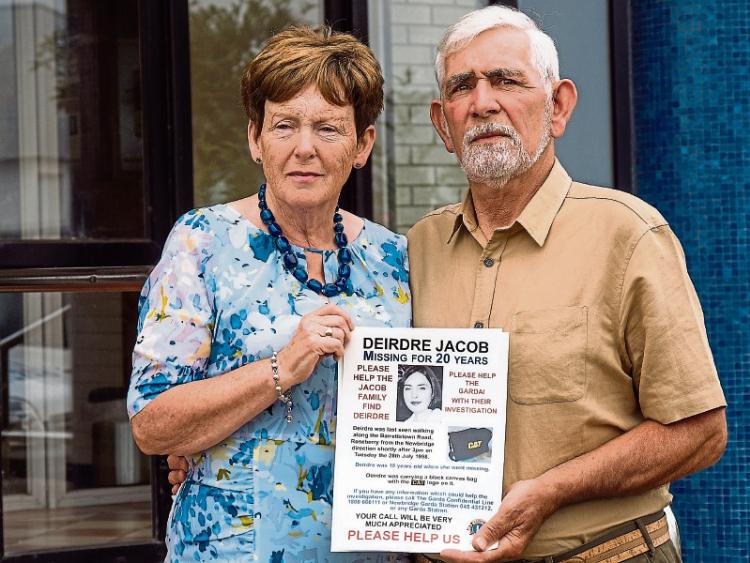 Gardaí are still awaiting directions from the DPP following the disappearance of a young Newbridge woman from the gateway of her home 22 years ago. Her father and Kildare Gardaí are renewing appeals for public information.

In August 2018, the case was reclassified from a missing person case, to a murder investigation.

At the time, Chief Supt Brian Sutton said that this reclassification was due to a case review and because of new information that had been received.

Within the past few months, the file on the missing Newbrige woman has been sent to the DPP.

On Tuesday, July 28, 1998, Deirdre left her home at about noon and walked into Newbridge to visit her grandmother. At about 2.10pm, she went to AIB Bank in Newbridge and then to the Post Office and returned back to her grandmother before setting out on the walk back home. It takes about 25minutes to walk to her house from Newbridge. She was last seen at approximately 3.30pm at the gateway to her house. She did not make it to the doorway of her house and there have been no sightings of her since this.

Deirdre was 5ft 2in, of slim build, green eyes, and black/ brown hair.

Family Liaison Officer and former sargeant in Newbridge, Séamus Rothwell, now based in Baltinglass, has been investigating the disappearance of Deirdre Jacob since the beginning. He would not comment on whether Baltinglass native, Larry Murphy, is a chief suspect, in the Newbridge teenager's disappearance.

He said: “A file went to the Director of Public Prosecutions. There is nothing new. We are still always thinking of any information, and anyone who has information is to give Kildare Garda Station a call.

“We are waiting on the Director of Public Prosecution direction on this. It is still a murder inquiry. It is an investigation file, we have to see what the directions will be. We are always grateful for any information. People can always ring, we are still always looking for information.”

Renewing the appeal, 22 years on since his daughter's disappearance, Michael Jacob said: “We have nothing to add to what has been said. It is quite simple, we are asking anyone with information to come forward. If anyone has any slight information, please come forward.”