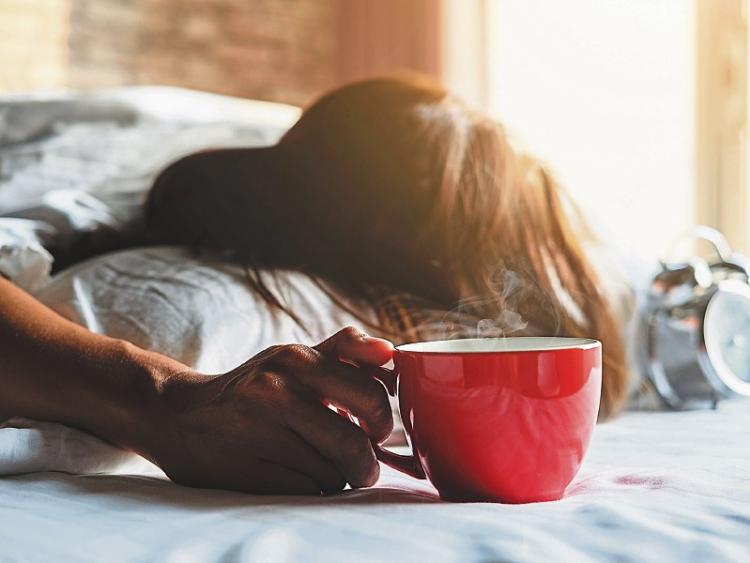 If you're consistently staying up past your usual bedtime, you need to ask yourself if you're getting enough sleep

If you have a tendency to stay up until midnight watching telly, you’re not alone. Night owl is not just a commonly-used expression, it’s actually science, according to Karl Rollison, author of self-help book, Sleep Ninja.

"As humans, our sleep is controlled by genetics known as our ‘chronotype’. There are two main types: night owls and morning larks.

"Night owls need their alarm clocks to wake up in the morning, but are most active at night, whereas larks usually wake before their alarm and fall asleep in the early evening."

However, with nine to five jobs being the norm, even those who would prefer to stay up late are forced to adopt early-bird hours.

But, would it better for late risers to follow their natural sleep patterns? Here, we explore the pros and cons of being a night owl...

“There is some suggestion that being a night owl may be associated with greater creativity," says Dr Paul McLaren, Consultant Psychiatrist and Medical Director at Priory Hayes Grove Hospital.

When the rest of the world is asleep, there's more peace and quiet for those who are awake.

"Working in the small hours usually means fewer demands from others – no emails, texts, social media notifications and most of all, no phone calls," says Rollison.

"Research suggests that night owls tend to be able to focus on a task for longer than a morning person. They seem to be able to override the natural rhythms that govern us, particularly the ‘circadian rhythms’ or our sleep/wake cycle."

However, the next day may be a different story, if tired owls can't have a lie-in.

"Night owls have enough problems getting out of bed on a normal day, so the next morning (and possibly the whole day) can be a write off," Rollinson adds.

The effect is even more pronounced if you have to go to school or university.

“For teenagers and students, it can have a negative effect on learning and engagement with studies," says Dr McLaren.

"Trying to sleep during the day after a productive night's work can be tricky when the the whole world is awake and making noise," Rollison says.

"Being out of sync with our natural rhythms and being awake when we are supposed to be asleep is really bad for our mental health, and can cause anxiety and ‘social jet-lag’."

If you're consistently staying up past your usual bedtime, you need to ask yourself if you're getting enough sleep, Dr McLaren warns: "Night owls tend to get less sleep overall, and can end up with a deficit, resulting in daytime tiredness. That can increase the risk of making mistakes and having accidents.

“There is a small but definite increase in mortality rates for night owls," he continues. "It is associated with a more sedentary lifestyle, less exercise and more food and alcohol and tobacco use, all of which can have a negative effect on physical health.

“For some, it could be a sign of serious mental illness, such as depression, mania or substance misuse."

"It may suit your social life or work, but is being a night owl good for family life and intimate relationships?" asks Dr McLaren.

"Chronotype mismatch can lead to ‘sleep divorce’," Rollison says. "As the name suggests, having different sleeping patterns isn’t conducive to a happy relationship."

On the other hand, partners of different chronotypes might like having the bed all to themselves, or enjoy a few hours of alone time while their partner snoozes.

"Night owls are usually party animals who are the last ones standing in social occasions," says Rollison. "They are alert and active, this is their arena."

When surrounded by others who want to socialise until the wee small hours, a night owl will thrive, but taking a break from work to have a chat with friends or family isn't usually an option at, say, 2am on a Tuesday.

"Humans are supposed to wake up in the light and sleep in the dark, so it’s not just society that is biased towards larks," Rollison concludes.

"Being a night owl can be fun and productive, but it can also be lonely, and isn’t great for mental health."