From thrillers to kids: Five new books to read this week 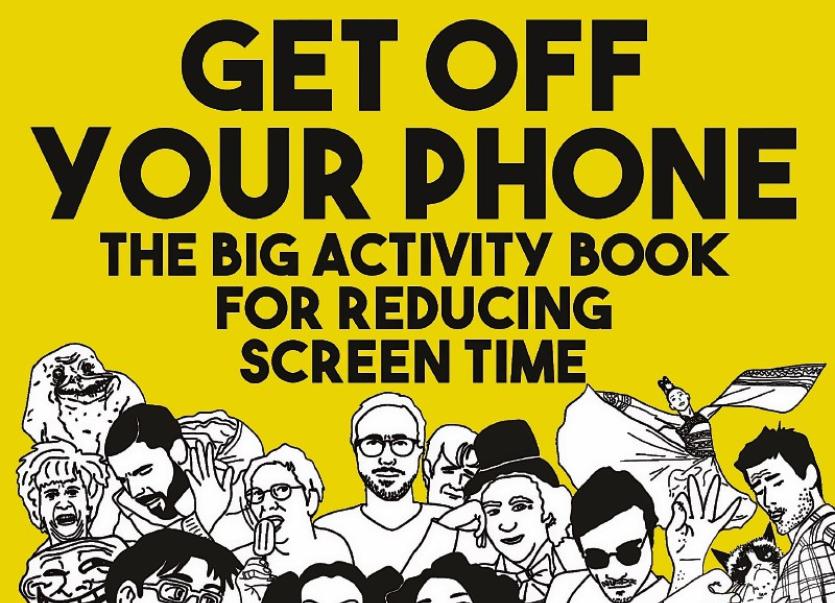 Escape the weather with a couple of thrillers, or turn to a book that should keep you very much off your phone…

1. The Other Passenger by Louise Candlish is published in hardback by Simon and Schuster UK. Available now.

If you’re a fan of Louise Candlish, you’ll soon be adding The Other Passenger to your favourites list – and if you’re not already a fan, you soon will be. Set around an unusual commute, The Other Passenger explores the complexities of money and relationships, age and ambition.

An unlikely foursome are drawn together in a little pocket of south-east London, and in doing so, fully realise the capital’s housing, wage, class and lifestyle divides. Candlish’s first-person narrative plunges you bodily into the story from the get-go, propelled by a mounting sense of dread that swirls like an undercurrent of the meticulously layered plot.

The realism of her characters makes this thriller feel more like a true-crime documentary than a work of fiction.

The suspense is maddening, and the conclusion refreshing, with plenty of twists to keep you hooked until the last page.

2. The Phone Box At The Edge Of The World by Laura Imai Messina is published in hardback by Manilla Press. Available now.

Reeling after the 2011 tsunami in Japan, mourners journey to a disconnected phone box in a garden to speak to loved ones lost. Inspired by the true story of the wind phone set up in Iwate Prefecture, Laura Imai Messina’s novel explores how grief and love are intertwined, and the slow journey towards healing after a tragedy.

Two of those struck by loss are Yui, whose daughter and mother died in the tsunami, and Takeshi, who lost his wife.

The pair are slowly and delicately drawn together by their fascination with Bell Gardia, the mysterious garden perched on a hill, battered by the wind.

Their longing is anchored to reality by the lists of everyday things – snacks, conversations, bookmarks and clothes – with which Messina punctuates their ruminations. A quiet, elegantly told story of how life goes on after loss.

3. To Tell You The Truth By Gilly Macmillan is published in hardback by Century. Available now.

A crime novel narrated by a fictional crime writer, who suddenly finds herself living through the real-life murder of her husband; Gilly Macmillan’s latest novel is a surreal, multi-layered thriller, interlacing dark secrets, missing children and guarded neighbours.

Running two missing persons cases alongside a fictional bestselling book series, To Tell You The Truth looks set to blow the crime fiction genre wide open. Lucy Harper is a relatable protagonist, haunted by her past and possessed by her alter ego/imaginary friend, Eliza, the star character in Lucy’s novels. The sincerity of Lucy’s instability and the tangle of a lifetime of lies saves the plot from feeling too run-of-the-mill, but the damp squib ending is a disappointing culmination. Macmillan is a master at winding up the tension with a series of chilling revelations, but doesn’t quite deliver on the promise of an unforgettable, mind-bending psychological thriller.

4. Get Off Your Phone: The Big Activity Book for Reducing Screen Time by Jordan Reid and Erin Williams is published in paperback by Trapeze. Available now

The authors behind The Big Fat Activity Book For Pregnant People and The Big Activity Book for Anxious People, are back with this offering: Get Off Your Phone. Packed with suggestions on ways to disconnect from you mobile device, this book, which is part journal, part colouring book, has some genuinely hilarious comments that anyone who has ever spent more time than they should on a mobile device will be likely identify with. The whole book won’t be relevant to everyone, but the majority of people will find something of interest, and in this age of reliance on phones and technology, is probably a must have for quite a few! And for those adult-colouring addicts, the whole book is produced in black and white, so there’s plenty of opportunity to get busy felt tips.

5. A Kind of Spark by Elle McNicoll is published in paperback by Knights Of. Available now

A Kind Of Spark is a thought-provoking page turner that has an important message behind its easy to read story, and is great for anyone who enjoyed The Goldfish Boy by Lisa Thompson. The main character is Adeline (Addie) and she’s autistic. We follow her life with her mum, dad and twin sisters Keedie and Nina. Although Keedie and Nina are twins, they are not at all alike. Addie, like Keedie, has autism. The book follows Addie’s ups and downs and how she and her sister are treated differently, especially by one particular teacher at school. They are constantly masking (hiding their emotions) and trying to fit in when they know they can’t. Addie gets involved in a campaign for a memorial marking the witch trials that took place in her town, in Scotland. She is outraged by the ways these women were treated and misunderstood, but she’ll need to use all her courage to find her own way to be heard and change people’s minds.