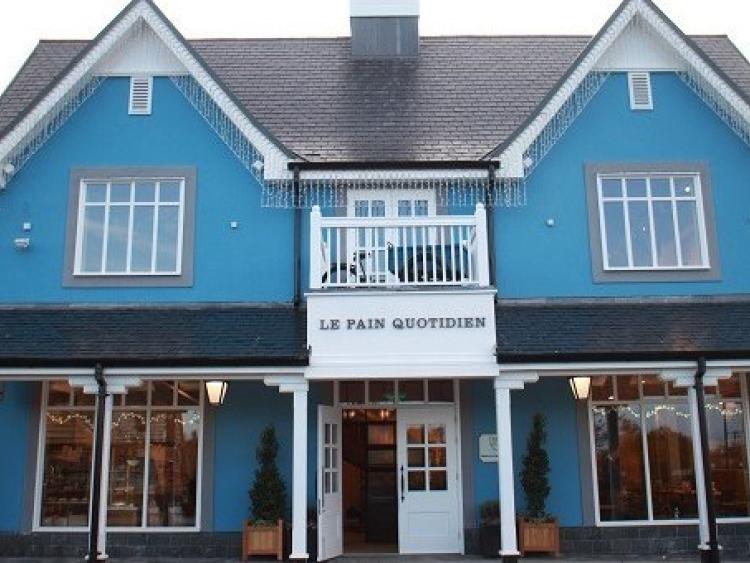 The Irish arm of the Belgian-owned bakery chain Le Pain Quotidien - which has an outlet at Kildare Village - has been put into liquidation.

The company has struggled for several years with tough trading conditions that were worsened by the three month shut down due to Covid-19.

The outlet was opened in Kildare Village in 2015 and was the group’s first premises in Ireland.

It built strong links with customers and the local community by holding classes for baking.

Another restaurant was later opened in Molesworth Street in Dublin.

Founded by Belgian food entrepreneur Alain Coumont, the classy bakery is known for its sourdough bread and its communal tables.

The restaurant in Kildare Village store was based over two floors which spanned 480 sq metres.

Around a year ago, staff at the popular restaurant called off a planned protest at their premises over the abolition of an optional service charge on bills.

Staff said they could lose up to €400 a month over an optional service charge being withdrawn from customers’ bills.

Le Pain Quotidien’s parent company, based in London, said at the time that it was removing the service charge at the request of customers.

A spokesperson added that customers could still leave tips in either cash or electronic payment and these tips would go direct to staff.

It was announced in April that Cath Kidston is to permanently shut its store at Kildare Village.

The busy outlet was popular with shoppers buying gifts for family and friends.

Meanwhile work is underway for a few weeks on building nearly 30 new retail units and a multi-storey car park beside the main shopping malls.
Contractors John Paul Construction said the project, on over six acres is comprised of new one and two storey units adjoining the existing village, comprised of 29 new retail units as well as two restaurant/ cafés and guest amenities.
The project also includes a new multi-storey car park with 410 car parking spaces.
Also in the designs is an arrivals building for shoppers.