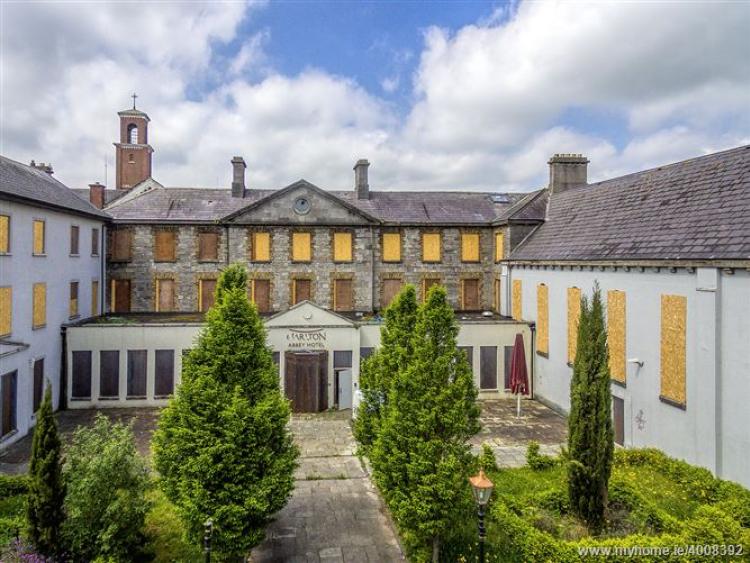 Work is due to start in coming days on a €328,000 project at the former Carlton Abbey Hotel in Athy.

Kildare Co Council planners granted planning permission in January 2019 for the proposed redevelopment of the former hotel on Stanhope Street.

The property was originally a Mercy Convent before it was turned into a hotel during the Celtic Tiger boom.

It was only open for six years before the doors were shut on the 39-bedroom hotel in January 2012.

Work will get underway on the three-storey building to construct two single storey glass extensions to create a wedding suite and a new lobby.

Electronic security gates and security fencing are also in the plans.

The large wedding suite will have access to a new small enclosed roof garden.

The architects are Infinite Focus based in Edenderry while the main contractor is from Dublin.

Before the closure, the bar in the hotel seated approximately 100 while a restaurant fitted 80.

The function room had capacity for around 180 people with dedicated bar, toilets, and dance floor.

There were also some smaller meeting rooms and residents' lounges.