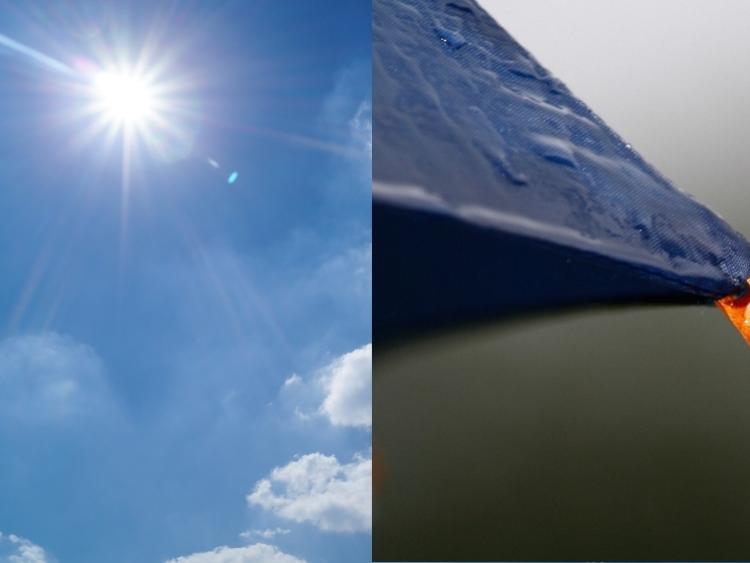 The weather forecast for Ireland for the coming days from Met Eireann is for it to remain changeable with sunny spells and rain in the forecast.

The weather forecast for Ireland for Wednesday from Met Eireann is for plenty of cloud but some bright or sunny spells will develop in the afternoon. Scattered outbreaks of showery rain will occur through the day with some localised heavy bursts. An isolated thundery burst is possible in parts of the southwest of the country. Highest temperatures of 15 to 17 degrees but up to 18 degrees in any longer spells of sunshine. Winds will be mostly light northwesterly or variable in direction but fresher at times along the southwest coast.

Scattered outbreaks of rain will clear eastwards overnight on Wednesday. Mist and fog in parts too, in just light northwest breezes. Lowest temperatures 7 to 12 degrees, coolest across west and northwest counties.

The weather forecast for Ireland for Thursday from Met Eireann is for it to be mainly dry with good sunny spells and light westerly breezes. However, some showers will develop across east and northeast counties. Feeling milder than recent days with highest temperatures ranging 15 to 19 degrees. Rain will move in from the Atlantic overnight, accompanied by freshening southerly winds. Lowest temperatures of 9 to 13 degrees.

The weather forecast for Ireland for Friday from Met Eireann is for the weather to be dull, wet and breezy with outbreaks of rain throughout much of the day. Highest temperatures of 15 to 18 degrees in mostly fresh southwest winds.

According to Met Eireann, there will be sunny spells and scattered showers about this weekend; mainly affecting Atlantic counties on Saturday and other areas early Sunday morning. Blustery at times too, with fresh west to southwest breezes. Afternoon temperatures will reach the high teens in sunshine, away from Atlantic counties.