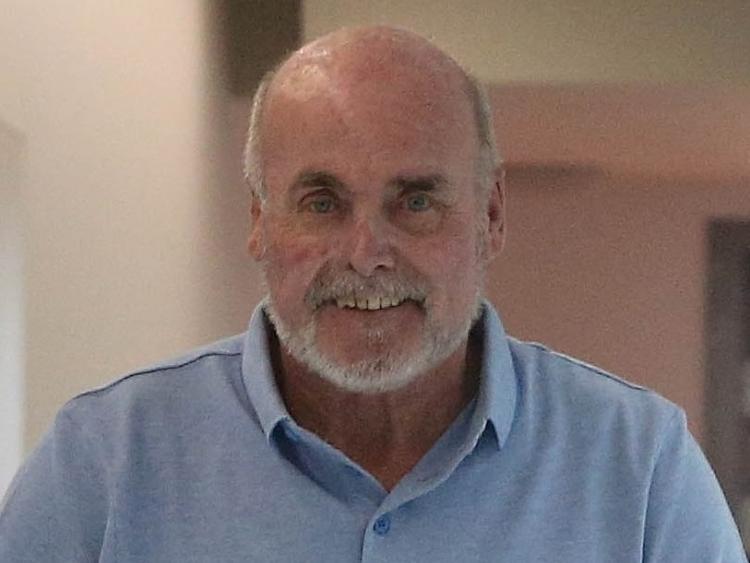 A Newbridge resident who got his lower leg amputated, after hitting against a footpath, spent the lockdown at The National Rehabilitation Hospital in Dún Laoghaire. He is one of 120 patients at the newly opened rehab hospital.

He is hoping to get home to his family within weeks and soon play a game of golf.

Approximately 18 months ago, Eamonn Farrell (65), who is originally from Ballyfermot, but spent the past 18 years living in Newbridge, was working as a self-employed shop fitter and had no underlying health issues, when one day, hitting his toe against a footpath, led to a fracture. He went to Naas Hospital and then to Tallaght Hospital, which in turn, led to him getting his lower leg amputated at Tallaght Hospital.

Mr Farrell said: “I got an infection and got two amputations. I cried for the first few days. I said to myself, you have to get your act together.”

He spent the lockdown in rehabilitation in a bid to get him walking using a prosthetic leg. Delighted to be called for rehabilation, he is now one of 120 patients, who just last week, moved into a new state of the art rehabilitation hospital, in Dún Laoghaire.

Mr Farrell praised the staff at the National Rehabilitation Hospital, and said: “It is a fantastic place, very professional. I did not come across one nurse who said that they were having a bad day.”

Life changed completely for Mr Farrell after what seemed like a small issue, hitting his toe off a footpath, approximately 11 months ago.

He said:“Walking across the road, the footpath was half an inch higher than the road. First of all I was in pain, the first time I got infected after my toe being amputated, I can honestly say that it was the worst pain, the first infection, the second time around, I was on more pain relief.”

His life changed, he moved from Newbridge, where there is a two storey house to where his daughter resides in Kildangan. He had to give up work.

However, getting a call the first few weeks of lockdown, to become a full-time patient at the NRH, was a relief for the father and grandfather, who is determined to soon return to his family and get playing a game of golf.

During his time at NRH, he has been swimming, doing exercises and learning how to walk using a prosthetic leg.

He said: “It is easy going but strict at the same time. At the beginning you think that you are going to lose all your freedom, you think that you will be stuck in a wheelchair all of your life. I have just finished a walk with two walking sticks, I am hoping soon to be walking on one stick, I will do what I want to do, I am walking very well on prosthetics. This has given me great hope.The grandchildren can't wait to see me. I will be able to do most things.”

Communications manager for the National Rehabilitation Centre, Rosemarie Nolan, said that in the old building with Nightingale wards, they reported no Covid 19 among patients or staff, despite there being between four and eight in wards. The staff all had PPE. Now patients in the new unit, which officially opened, last week, will have their own wards and ensuite bathrooms.

Phase one of the three-phase major capital development is a partnership between the HSE and the NRH. The development is purpose built with 120 single ensuite rooms, integrated therapy services, hydrotherapy pool and sports facilities, all of which are specifically designed to accommodate the needs of those requiring complex specialist rehabilitation services.

NRH Chairman, Mr Kieran Fleck congratulated and welcomed the first patients, including Mr Farrell, to move into the new hospital last week. Mr Fleck commented on the fact that the redevelopment of the NRH has been long outstanding having been stalled by economic downturns in both 1980 and 2008. He stated “It is a momentous occasion for the hospital, preceded by over 20 years of very hard work by our board, management and staff.”