Fitness column: Learning and exercising in the great outdoors 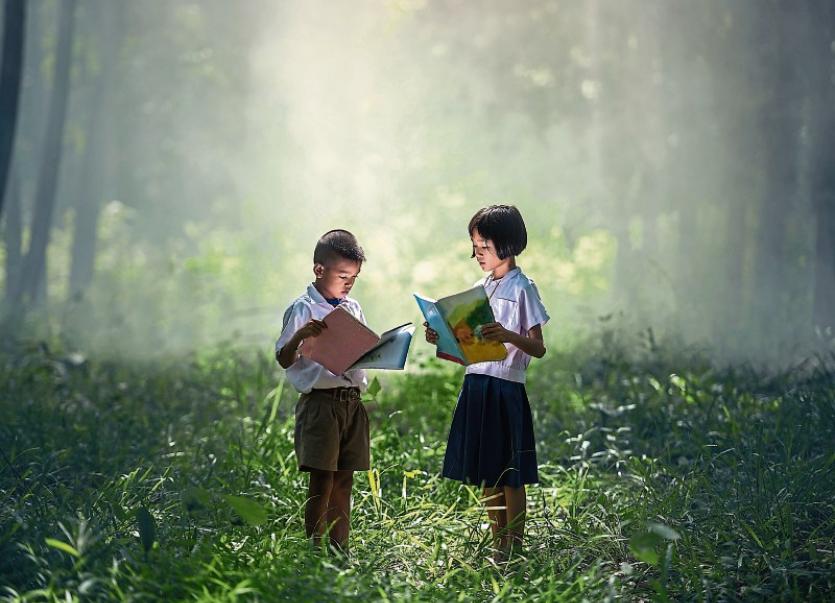 School for just one day a week after the summer? Myself and Joe McHugh, the Minister of Education, are going to fall out. I’m not happy. I’ve started learning Danish on Duolingo, because we may be forced to emigrate for the sake of my sanity and the kids mental health.

‘Blended learning’ he called it… the only thing blended will be my brain. The truth is that a working parent trying to facilitate blended learning while answering emails at the kitchen table is a poor substitute for the classroom. The reality is that many of us parents may be forced to choose between our children’s education and our work. For all our sakes, Joe needs to start suggesting solutions rather than pointing out problems and barriers to returning to school.

When looking for ways forward, we should try to create solutions that focus not just on the maintenance of the bare minimum of education but on resolutions that allow children to truly flourish again. One way to do this is to take learning outdoors whenever possible.

Mounting evidence suggests that outdoor activities, whilst not completely safe, are safer when compared to indoors when it comes to transmission of Covid-19.

This is nothing new. We’ve all learned about the hedge schools, small informal illegal schools used in 18th- and 19th-century Ireland to secretly provide the fundamentals of primary education to children of the 'non-conforming' faiths.

Even in the early 20th century, open air schools became reasonably common in Northern Europe, originally designed to prevent and combat the widespread rise of tuberculosis in the years leading up to the Second World War. Schools were built on the concept that fresh air, good ventilation and exposure to the outside were paramount. The open air school movement was introduced for healthy children too, encouraging all students to be outdoors as much as possible.

Classes were taught in the open, in forests and parks, which was believed to help build independence and self-esteem. But with the increased availability of antibiotics and the improvement of social conditions, open air schools were needed less and less after World War II and were gradually phased out.

We often reach for medication when we’re unwell, but exposure to health-promoting environments is increasingly recognised as both preventing and helping to treat disease.

Neighbourhood greenness has been consistently tied to life expectancy and all-cause mortality. The less green a person’s surroundings, the higher their risk of illness, disease and premature death, according to 2015 research.

Roger Ulrich, Professor of Architecture at Chalmers University of Technology in Sweden, was one of the first to research whether recovering in a room with a window view of a natural setting might have restorative influences whilst recuperating in hospital.

In 1984, Ulrich took advantage of a natural experiment created by a long hospital corridor. Half of the patients on this corridor had a view of a brick wall and half a view of trees. The patients facing the natural view improved more quickly and reported less pain than those facing the wall. They asked for fewer painkillers and complained of less complications like headaches or sickness.

Runners can testify that Ireland is cold, wet, windy and miserable for six months of the year. Exercising in the cold and rain is hard, so much harder!

So why bother, why not just exercise indoors and pound the treadmill? A treadmill set to a 1 per cent incline can accurately simulate the demands of outdoor running. However, running on a treadmill changes running technique, it’s not the same as running on land.

Treadmill running changes the foot position on striking the belt, thereby changing the natural stride length and cadence of the runner potentially leading to injuries. But there are far more overwhelming advantages to getting outside to exercise, even when the weather is awful. It is more enjoyable. When tested, runners scored significantly higher on measures of enthusiasm, energy, pleasure and self-worth and lower on scores of anxiety, depression and fatigue after exercising outside compared to indoors.

Most discussions about exercising outside concern the weather and the potential challenges it causes us. We have engineered our lives so that we rarely have to experience a pang of discomfort even when ‘exercising’. The appeal of the gym is undeniable — climate-controlled, convenient and predictable. These comfortable temperatures are killing the planet, robbing us of some of the best experiences and benefits of exercising in natural environments which may well be killing us.

The Wild Child survey prepared for the Heritage Society of Ireland in 2010 showed that Irish children spend less and less time playing outside. They have become prisoners and their home is their new exercise yard.

Falling off a tree used to be a lesson in picking yourself up and learning to climb better. Now fear of possible injury and litigation stops the child climbing in the first place. The obsession with children's safety in every aspect of their lives has meant instead of letting them go outside to play, and parents fill their children’s free time with organised activities. Their play has become so manicured, scheduled and planned. It’s clean and bleached, timed and measured. Maybe sometimes it just needs to be dirty, spontaneous and enjoyable.

This fear may also be stopping us from exploring unique and inventive solutions to the opening of schools in September. It may be time for Joe McHugh to break down the walls of education, letting our children’s imaginations breathe, to run further and have bigger ideas for the future.