The Bookshelf: A thrilling best seller and award winner steals the show this week 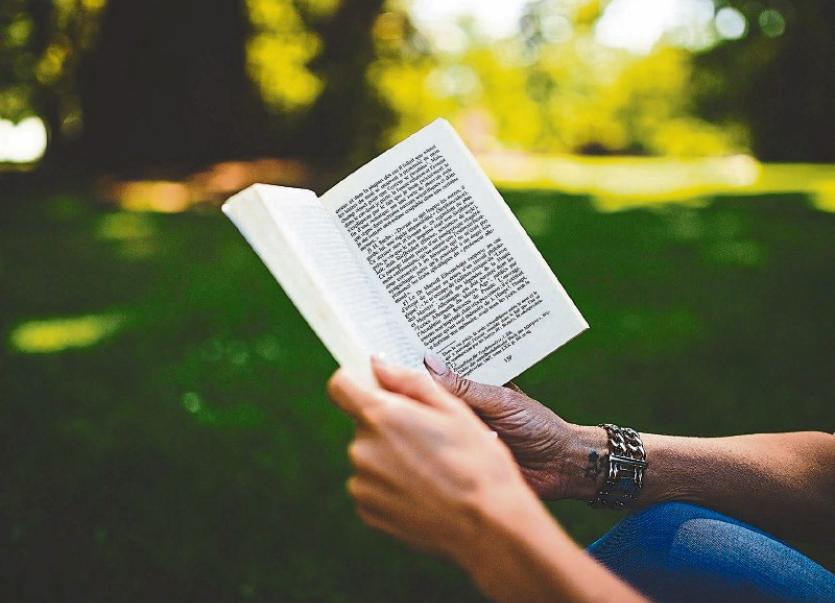 Public Libraries are due to begin offering more services to the public as outlined in Phase 2 of the Government’s Roadmap for Reopening Society and Business.

However, it will be some time before full library services can resume. In Phase 2 services will begin to be provided to the public in a step-by-step manner in line with public health guidance.

From Monday June 8, library users can expect a safe lending service via a ‘Contact and Collect’ lending model.
Users can return items on loan. Returned items will be placed into quarantine for 72 hours before being available for lending.

This means that at first, library spaces will be restricted to library staff only and will not be accessible to the public.
‘Contact and Collect’ and returns service will be available at eight of our libraries, which will partially reopen at new, temporary opening hours. For the latest information, contact your local library.

Here are a few recommendations from our eServices, including eAudioBooks, eBooks, eMagazines, newspapers and even an online course!

‘Why on earth, after all you’ve been through, all you’ve survived, all you’ve achieved, why do you want to get married?’

Rose Woodrowe has just got engaged to Tyler Masson – a wonderful, sensitive man who is head-over-heels in love with her.

The only problem? This isn’t the first time for either of them, and their five grown-up children have strong opinions on the matter . . .

Like Rose’s daughter, Laura, who remembers her parents’ painful divorce and doesn’t want to see her mother hurt again. Or the twins, Emmy and Nat, who simply don’t trust the man their mother has fallen for. Then there’s Tyler’s children: Seth, too busy with his San Francisco sourdough bakery to get to know his father’s new partner; and Mallory, the aspiring actress, who is still wrestling with the issues of her own childhood.

'Somebody's going to be murdered at the ball tonight. It won't appear to be a murder and so the murderer won't be caught. Rectify that injustice and I'll show you the way out.'

It is meant to be a celebration but it ends in tragedy. As fireworks explode overhead, Evelyn Hardcastle, the young and beautiful daughter of the house, is killed. But Evelyn will not die just once. Until Aiden – one of the guests summoned to Blackheath for the party – can solve her murder, the day will repeat itself, over and over again. Every time ending with the fateful pistol shot.

The only way to break this cycle is to identify the killer. But each time the day begins again, Aiden wakes in the body of a different guest. And someone is determined to prevent him ever escaping Blackheath ...

BorrowBox Young Adults’ eBook Recommendation:
On the Come Up by Angie Thomas.

Bri wants to be one of the greatest rappers of all time. As the daughter of an underground hip hop legend who died right before he hit big, Bri’s got massive shoes to fill. But when her first song goes viral for all the wrong reasons, Bri finds herself at the centre of controversy and portrayed by the media as more menace than MC. And with an eviction notice staring her family down, Bri no longer just wants to make it – she has to. Even if it means becoming the very thing the public has made her out to be.

You can't go far without a quick brain and some rule-bending in a place like Locksley. After its vast car plants shut down, the prosperous town has become a wasteland of empty homes, toxic land and families on the brink. And it doesn't help that the authorities are in the clutches of profit-obsessed Sheriff of Nottingham, in cahoots with underworld boss Guy Gisborne.

When his dad is framed for a robbery, Robin and his brother Little John are hounded out of Locksley and must learn to survive in the Sherwood forest, stretching three hundred kilometres and sheltering the free spirits and outlaws. But Robin is determined to do more than survive. Small, fast and deadly with a bow, he hatches a plan to join forces with Marion Maid, harness his inimitable tech skills and strike a blow against Gisborne and the Sheriff.

And, because BorrowBox is full to the brim of top class non-fiction titles too, why don’t you have a look at…

The Boy Who Followed His Father Into Auschwitz: A True Story by Jeremy Dronfield

Nazi police seize Gustav Kleinmann, a Jewish upholsterer and his son, Fritz, and send the pair to Buchenwald in Germany.

There began an unimaginable ordeal that saw the pair beaten, starved and forced to build the very concentration camp they were held in.

When Gustav was set to be transferred to Auschwitz, a certain death sentence, his son refused to leave his side. Throughout the horrors they witnessed and the suffering they endured, there was one constant that kept them alive: the love between father and son. Based on Gustav's secret diary and meticulous archive research, this book tells their incredible story for the first time - a story of courage and survival unparalleled in the history of the Holocaust.

eMagazines
Are you thinking about buying a new electric car, or are you just interested in how they perform? The latest edition of What Car? eMagazine will tell you all you need to know about what the latest electric cars can – and can’t – do. Download it for free now from RBDigital, our eMagazine service. Check out tipperarylibraries.ie/ rbdigital-magazine-service for more.

PressReader
Get your Irish daily newspapers direct to your device every day with PressReader, our free eNewspapers app.