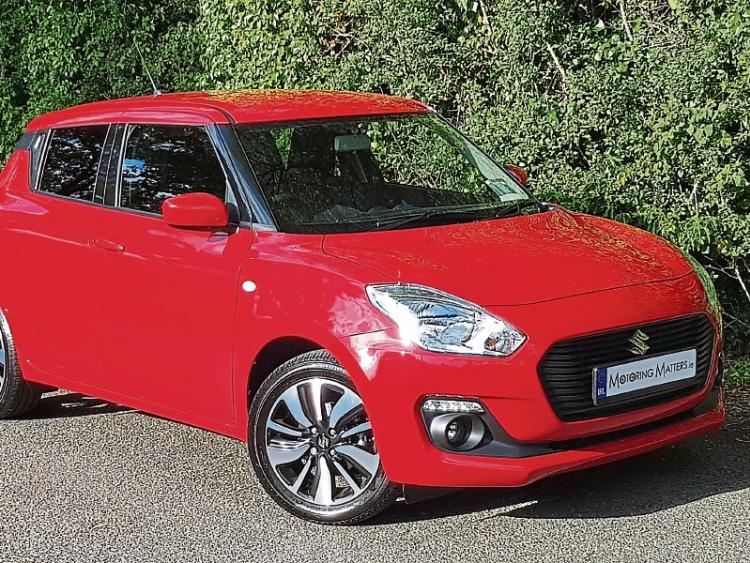 Suzuki Motor Corporation unveiled the new Swift for Europe at the 2017 Geneva Motor Show as its all-new global compact supermini.

The new Swift represents an automotive advancement aimed at uplifting the driver through succession, evolution and innovation. Initially offered in petrol engine guise, the new Suzuki Swift is now available with Hybrid technology across all trim levels.

With global Swift sales of 6.9 million units since 2005, the latest generation Swift is a hugely important car for Suzuki.

The new Suzuki Swift benefits from completely new styling, and a performance-enhancing extremely light body with advanced safety technologies. The result is exterior European flair complemented by a sporty and functional interior, nimble and agile driving, and enhanced peace of mind.

In addition to its stylish exterior design in a compact size of just 3,840mm long, the new Swift features excellent visibility, a spacious cabin and ample luggage space. With the rear seat backs in place, the boot can accommodate 265-litres of space, but this can be expanded to 579-litres when the rear seat backs are folded.

A comprehensive overhaul of the underbody’s structure and component layout resulted in the adoption of a highly rigid frame that enhances collision safety and has a continuous, smooth and curving form that better helps disperse energy. This has led to a reduction in reinforcements, and greatly contributes to lower fuel consumption and vast improvements in the fundamental vehicle functions of running, turning and braking.

With a choice of 10 paint colours (one solid colour, six metallic colours, and three dual-tone metallic colours), and with full personalisation options available for both the exterior and interior trims, the new Swift can be as individual as the person who drives it.

While resolute efforts were made so that the new Swift would inherit the model’s characteristic styling, elements that needed refreshing were boldly transformed to innovatively evolve the new car. Enhanced carry-over elements include strong shoulders, blacked-out A-pillars and vertically arranged front and rear lamps. The body is shorter, lower and wider, while a wide and aggressive front grille, and supporting bumper grille character lines all express strength.

The SHVS mild hybrid system is a compact and lightweight system that incorporates an Integrated Starter Generator (known as ISG) which acts as both a generator and starter motor, the ISG is belt driven and assists the engine during vehicle take off and acceleration and also generates electricity through regenerative braking. In the new Swift, SHVS is available together with Boosterjet for the first time and results in CO2 emissions as low as 97g/km.

My test car was a 2020 Suzuki Swift 1.2 SZ-T SHVS, and was finished in Burning Red Pearl Metallic paintwork for maximum impact. A power output of 89bhp offered by the naturally aspirated 1.2-litre engine sounds small by modern standards, but the Swift's light weight means that it feels anything but sluggish.

The lack of a turbo means that it’s down on torque though, so be prepared to work the slick and smooth five-speed manual gearbox to get the best out of the engine. The 0-100km/h sprint can be completed in 12.6-seconds, while fuel consumption as low as 5.01l/100km (56.4mpg) is achieveable on a combined driving cycle, with annual road tax for my test car costing just €180.

The Swift’s steering wheel communicates well with the front wheels, as it is nicely weighted and consistent, making it relatively easy to place the Swift in corners.

The Swift is happy to change direction quickly and it stays admirably flat in corners. Unique to the class is the AllGrip all-wheel drive system available on some models, which offers extra traction and security. However, the standard front-wheel-drive set-up in my test car will be the drivetrain of choice for the vast majority of Swift buyers.

Overall, the new Suzuki Swift SHVS is a competent, efficient and enjoyable car to drive, and it can hold its head high in the crowded supermini car segment.

Pricing for the new Swift SHVS starts at just €16,025, with my test car specification priced from just €17,025. All Suzuki passengers cars come with a 3-year/100,000km warranty as standard.