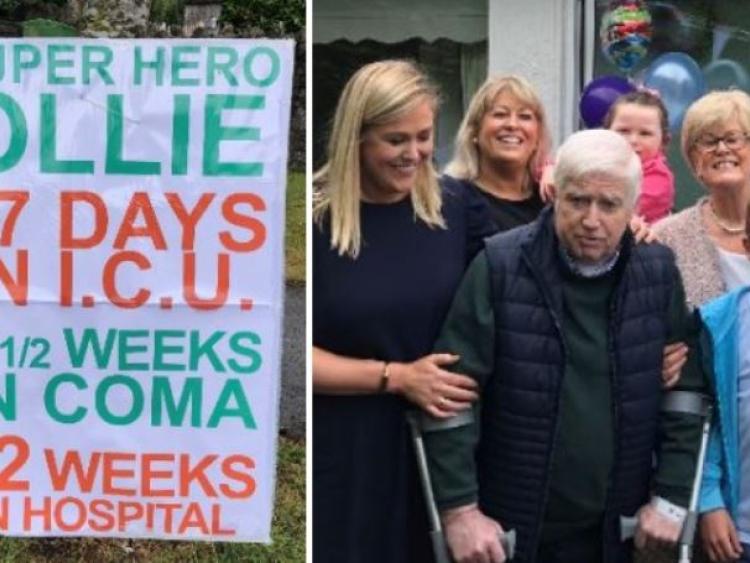 'Super Hero' Ollie with his family in Dara Park

Over 100  well-wishers today gave an emotional homecoming to Kildare town resident Ollie Doyle after he returned home after spending three months in hospital. 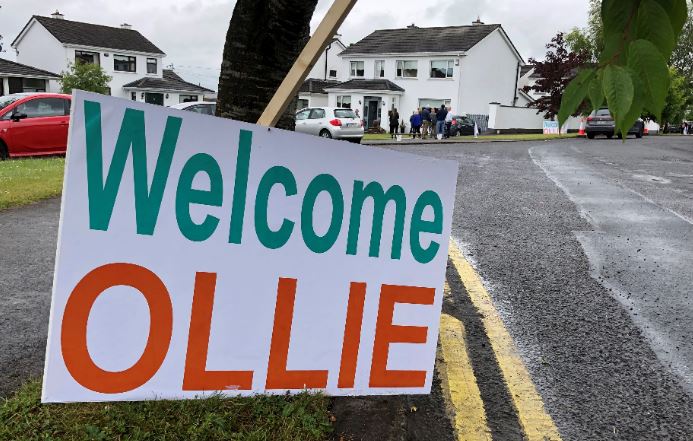 A lone piper led Ollie (73) into Dara Park estate which was festooned with bunting and banners and singer Johnny Peters was waiting outside his driveway to perform The Curragh of Kildare. 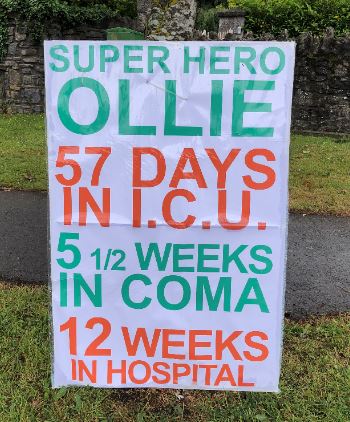 A pillar of the community, Ollie had run pubs in Kildare town including The Vatican and also owned Todd's in Naas. He steeped himself in Kildare GAA and was a prominent member of Round Towers GAA Club. 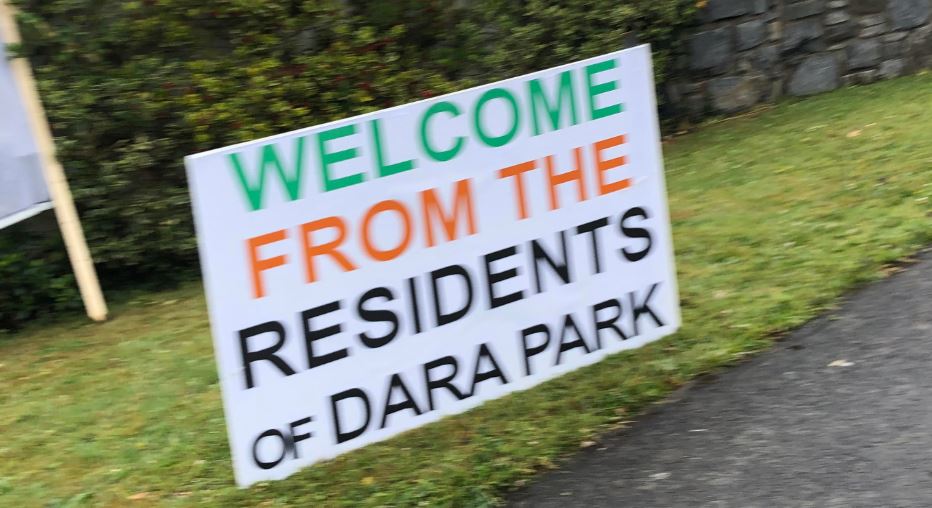 The Timolin native said that the Midland Regional Hospital 'brought me back to life.' 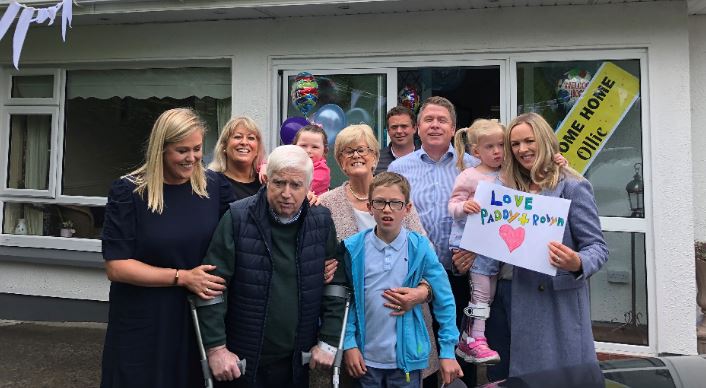 Speaking with a microphone outside his home, he said:

I want to thank everyone. This is marvellous. I didn't expect this whatsoever.
I think it's a miracle that I've come back this far.
And sure I love Kildare and they're the best people ever, and that shows here today.

I want to thank Mary Donnelly because that woman has prayed for me all over the world.
I was telling them in the hospital, they asked my was there somebody praying for me and I said there's a lady up the road and I don't think she ever stops praying!

I have to say this to the people of Kildare - I was always welcome, and I can't thank them enough. This is absolutely a dream. To get through this is fantastic.

I want to thank Ann my wife. She was the rock behind me. She saved my life.

Tullamore Hospital - I can't thank them enough. I was dead and they brought me back to life.

I can't say anything more, but to thank the people of Kildare - they're absolutely marvellous.