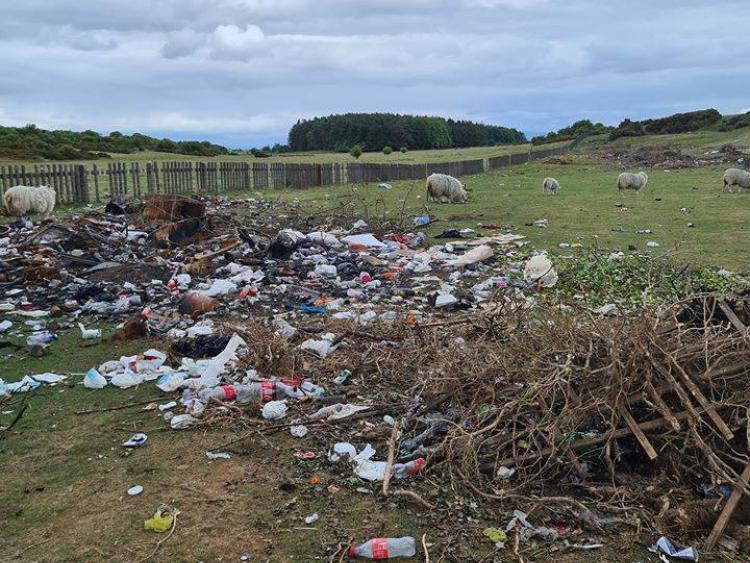 A large area of dumping last week after the caravans departed

The Department of Defence is overseeing a clean-up of illegal dumping in the Curragh this week - close to where an encampment of caravans was located for almost two months.

The area is substantially cleaned up now but earlier photos showed a large area of dumping as well as evidence of several fires. 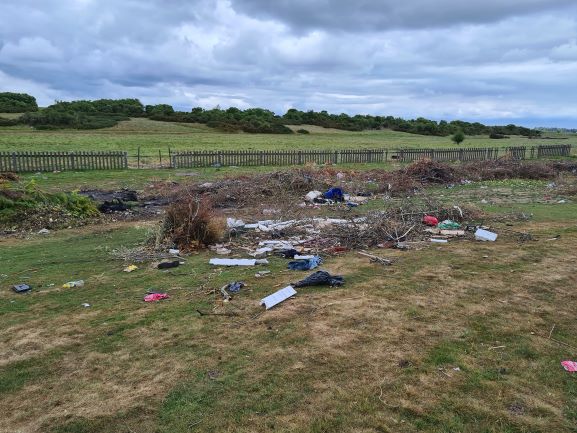 A concrete sheep fence protecting the Curragh Training Grounds was damaged in places and had to be temporarily repaired with mesh wire. 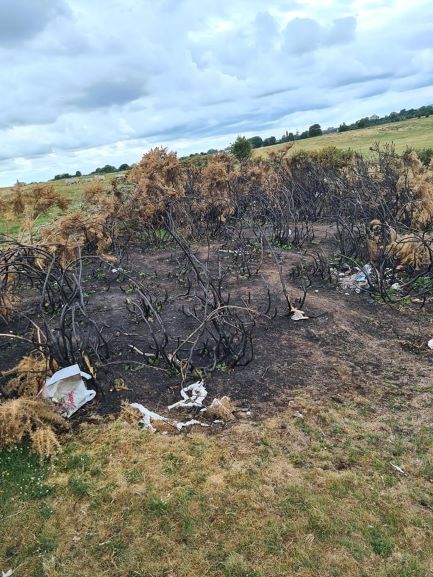 Items dumped included a large amount of general household waste as well as clothes, gas cylinders, a wheel, a shopping basket, a clothes drying frame, a bed base, a yoga mat, a tricycle and a microwave. 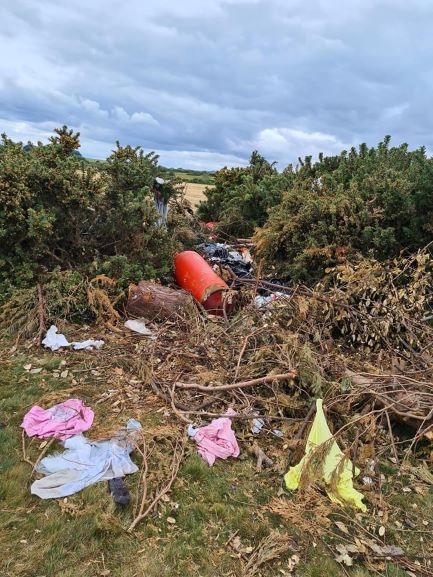 Several caravans and vehicles arrived from the UK in mid-April as essential-only travel rules were in place across the country due to Covid-19 restrictions and they were later joined by caravans from nearby counties. There were around 30 caravans at a number of locations at one point.

Local Gardaí carried out regular patrols of the encampments and officers gave advice on Covid-19 restrictions including social distancing. Gardaí also warned against anti social behaviour and carried out enforcements under the Road Traffic Act.

Patrols were also carried out by the Military Police based at the Curragh Camp.

The remaining caravans left on Tuesday last week and a large area of illegal dumping remained in an area close to the encampment.

The Department of Defence said on Monday that it is 'overseeing' a clean-up of the area affected.

A spokeswoman added: "It is anticipated that these works will be concluded in the coming days."

The Kildare Traveller Action Group, which worked with gardaí and other stakeholders to reach a resolution when the caravans arrived, said: "Illegal dumping is carried out by a small minority of people in this country. It is totally unacceptable and must be condemned regardless of the background of those who perpetrate it."

Local politicians have called for a long term solution to illegal dumping in the Curragh plains.

Fine Gael chairman Martin Heydon said on Monday: "The illegal dumping is unacceptable and will now be a further cost to the state to clear up and return the area to its former state for local individuals and families to enjoy."

"Permanent restrictions need to be put in place to protect the Curragh Plains and avoid any further encampments. I hope the Gardai pursue those who were breaking the law."

Read more in this week's Leinster Leader - in shops now.