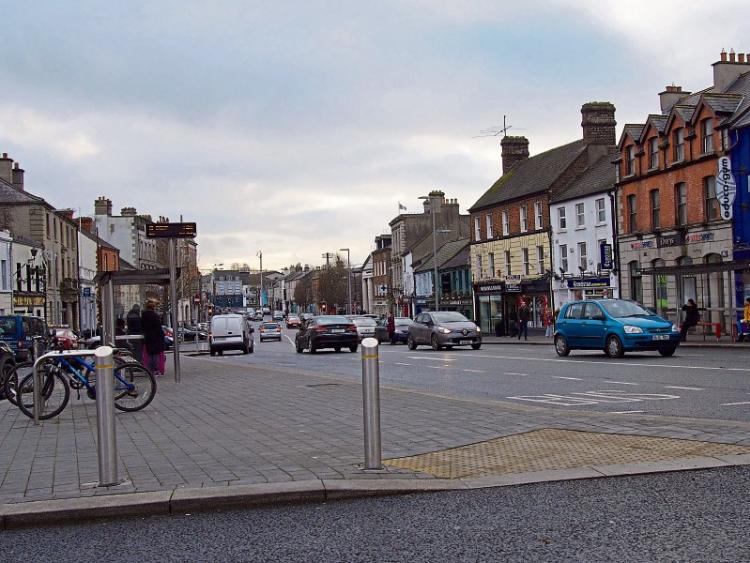 A majority of Naas councillors want the council to consider plans to restrict vehicles - to allow businesses hit by the Covid-19 social distancing requirements to access public realm space outside their premises.

KCC will consider measures to improve pedestrian and cyclist movement but consideration will have to be given to have to be “given to both pedestrian, cyclist and vehicular movements in the area, access arrangements for residents and businesses and access for emergency services.”

At a Naas Municipal district meeting, Cllr Fintan Brett said many businesses have been impacted by the coronavirus and the social distancing of two metres “will be a non runner for pubs.”

Cllr Bill Clear cited Abbey Street as an example and said the portion of the street nearest Basin Street could be used as “there is no real requirement for traffic on it.”

Cllr Clear added: “This is a good time to experiment” and said that a coffee shop at Poplar Square cannot open but other businesses in this area also require space to allow deliveries to be made.

However Cllr Anne Breen said people with disabilities and the elderly may not be able to cope with tables and chairs outside. He said it is already difficult for some people to move about because young people congregate in Poplar Square.

KCC official Eoghan Murphy said the council supports the use of public realm at this time. He said businesses are being encouraged to come forward to say what they need the Local Enterprise Office is also canvassing individual businesses.

He said that the National council for the Blind have expressed concerns about the possible disruptive impact of tables and sandwich boards.

He said parts of the town will lend itself to the use of public areas but the council would need to take a “holistic view.”