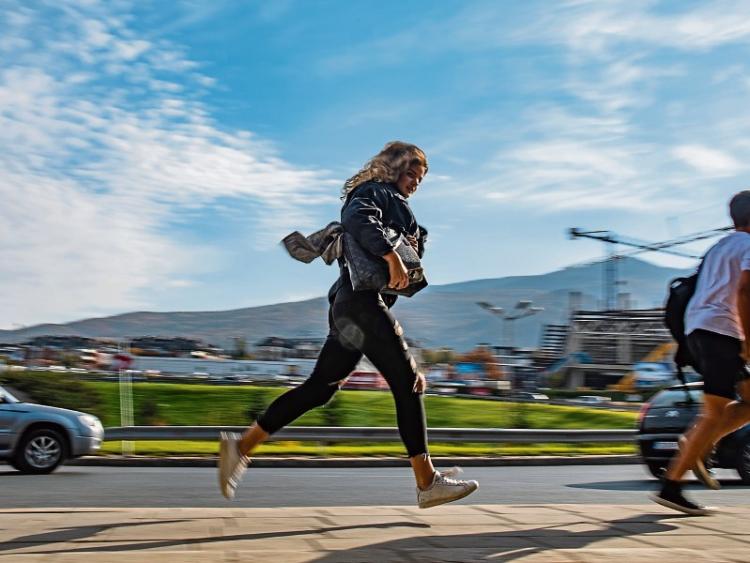 Another year, another wedding anniversary forgotten. On reflection, I’m not sure we’ve ever successfully both remembered it.

Last year, I got a phone call from my mother one sunny but otherwise unremarkable June day wishing me a happy anniversary. I broke the news to Michelle that evening.

Michelle has realised during the Covid-19 crisis that the key to a good marriage, as many have pointed out, is seeing less of me! We’ve also realised that before the Covid crisis we had spent so much time racing around like lunatics, we could never possibly catch up with life.

We rushed from work to pick the kids up at gymnastics, squeezing dinner in and then onto guitar, only for the regime to be repeated the next day, going from athletics to rugby. We spent much of our time shuttling kids from one activity to the next.

Every day was a race against the clock.

We were in a world stuck in fast forward, a world marinated in the culture of speed and doing everything faster, cramming more and more into less and less time.

The roadrunner culture has become the norm. Covid-19 has taken much from us, but it has possibly given some of us back what we should prize most — days, hours and time.

We’ve stopped clock watching, there’s no rushing. We’ve slowed down because there’s nowhere we have to be. We’ve got in touch with our inner tortoise and it's nice.

A rare upside to the virus outbreak, which has caused huge heartache and disturbance to Irish life, is it has afforded us more spare time.

We were ‘too busy’ pre-Covid. Some are investing this new spare time in Duolingo, others are growing starters for sourdough, and according to researchers at Trinity College Dublin many are using the time to exercise more often than they would have done before the pandemic.

We’ve all seen it in the last three months — more people are out running, bike shops can’t keep stocked and people are finding new and unique ways to exercise within the limitations of our lockdown. Running, especially, has experienced an upsurge in popularity.

In our previous lives, running, for many of us, has been about chasing time, sneaking a gap in the timetable to get away, watching the clock to make sure we’re back in time for the pickup, the drop off or the appointment.

All runners would love to run fast all the time. Many runners, both new and even elite, train too hard, train too often and train too fast. But faster is not always better, and we might need to get off this full throttle treadmill.

The intensity of running training can be changed by increasing distance and/or pace, and it is these increases in training load that increase the runners’ risk of injury.

In particular, rapid increases in training loads expose an athlete to an even greater risk of injury, according to a 2016 study.

And it appears that completing the weekly ‘long run’ at too quick a pace may be one of the reasons runners break down during training.

Running and training slower may in fact ultimately make you faster.

When it comes to lacing up the runners and racing, the athletes who have logged the most time training in the low-intensity zone, running easy, slow miles, will fare the best.

This method of training improves heart and lung function while it puts less stress on the ligaments and tendons that are vulnerable to injury at higher intensities, meaning injured runners can't train.

Human nature dictates that we want to take shortcuts, but just slow down to go faster. As Carrie Fischer said “instant gratification takes too long” for some.

Is it possible in today’s superfast world to live slow? This Covid-19 crisis has shown us the value of opening up space inside our lives.

In an age of constant acceleration, it’s sometimes only by slowing down that we can progress forward, allowing the body and mind to catch up with each other and cross the finish line together.