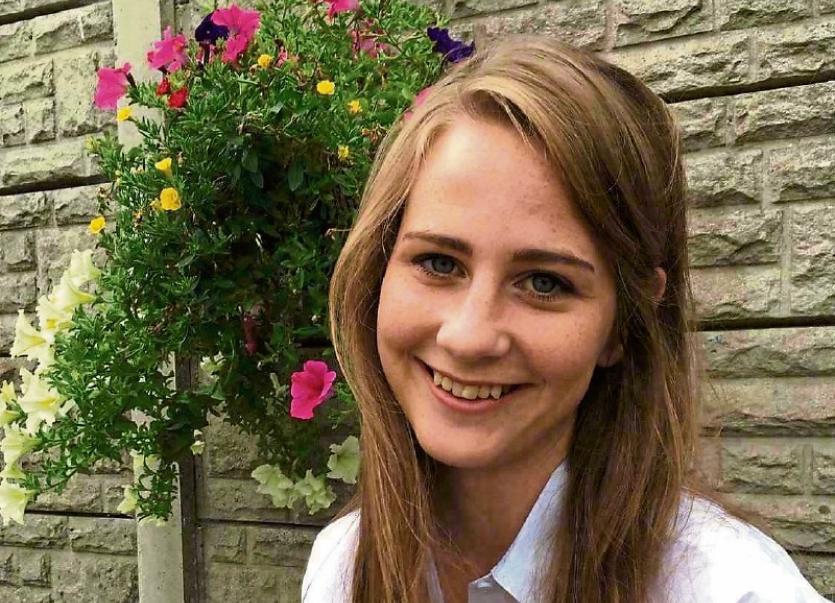 A young Co Kildare woman is on her way to becoming a best-selling novelist and her books could also be coming to a TV screen very soon.

Louise Nealon, who still lives at home at her parents’ dairy farm in Newtown outside Kilcock, and even helps out with the milking, has signed a two-book deal worth a six-figure sum with an international publisher.

The young literary sensation told the Leader: “It’s like winning the Lotto!

“I could never have thought I would make a living as a writer, but here I am.”

She added: “I celebrated in my pyjamas with a Chinese takeaway as of course we couldn’t go anywhere with the Covid-19 restrictions.”

Film and TV rights have already been snapped up by Element Pictures, the team responsible for the BBC adaptation of Sally Rooney’s Normal People which stars ex Kildare GAA star Paul Mescal.

Snowflake is about teenager Debbie who lives in Kildare with her mother Maeve and her uncle Billy — who lives in a caravan in the garden.

Debbie has an ambivalent relationship with her mother.

She has always been close to her uncle Billy, who assures her that Maeve is mad and university is her one-way ticket to freedom.

However, as Debbie moves from the familiarity of her rural home to the anonymity of the city, her sense of identity is challenged.

She finds it increasingly difficult to navigate her way through life.

She also begins to have strange dreams.

The publisher said: “Debbie finds life increasingly difficult to navigate between the world of home, and her new life, coming to see that sometimes even the maddest of families are our real places of safety.

“Snowflake is a startling, honest, laugh and cry novel about growing up and leaving home.”

The first inkling that Louise got that she would be a published novelist was a phone call from her agent, Marianne Gunn O’Connor who was contacted by Bonnier Books UK who wanted to sign her up to a two-book deal to its imprint Manilla Press.

Louise is currently editing the manuscript to be ready for publication next April.

Louise, who plays camogie with the Cappagh GAA Club, is the daughter of Tommy and Hilda Nealon and has a brother Michael and two older sisters Sarah and Catherine.

She studied English literature in Trinity College Dublin and then completed a Masters in creative writing at Queen’s University Belfast in 2016.

Louise suggests she may have inherited her writing from her mother’s side of her family, adding: “My mam had a large family — eight sisters and two brothers — and they were all very creative in their own way.

“They may have been writers but may not have had the opportunities that I have.”

Louise is grateful for her upbringing which allowed her to go to university and spend time deciding what to do with her life.

She credits a teacher at Scoil Dara in Kilcock, Sarah Butler, for inspiring her to become a writer.

She explained: “Sarah was a writer herself and she showed me what was possible.

“Somebody like her really helped me to decide to give it a bash!”

The graduate has worked in the past as a waitress and in a bookshop, but really believes that writing is her true calling.

“I love it, but I also hate it at times. But now I have been effectively given a pay check for doing what I love.

“I’ll admit it can be really difficult to write some days when there is nothing coming!”

Louise said she gets a lot of support from a writer’s group, which she connects with regularly on Zoom these days.

She elaborated: “We met in a writer’s course and kept in contact.

“There is great camaraderie and support among us, and it’s been really helpful to me in my writing.”

More good news came for Louise with the announcement that Element Pictures — the people behind the TV series Normal People — have purchased the rights to Snowflake.

Louise agrees that seeing your characters as living and breathing actors on screen can give a new lease of life to books.

The first two episodes on RTÉ One were watched by an average of 371,000 viewers with a staggering 301,000 streams on RTÉ Player.

It was the most watched opening of a drama series on RTÉ Player.

Millions more viewers watched the show on BBC Three and its online platforms and it’s certain to appear on more networks.

Louise said she will continue to live at home for the moment and says she hadn’t been very extravagant yet with her publishing windfall.