Financial Advice: Retire at 60 by cutting down the car payments 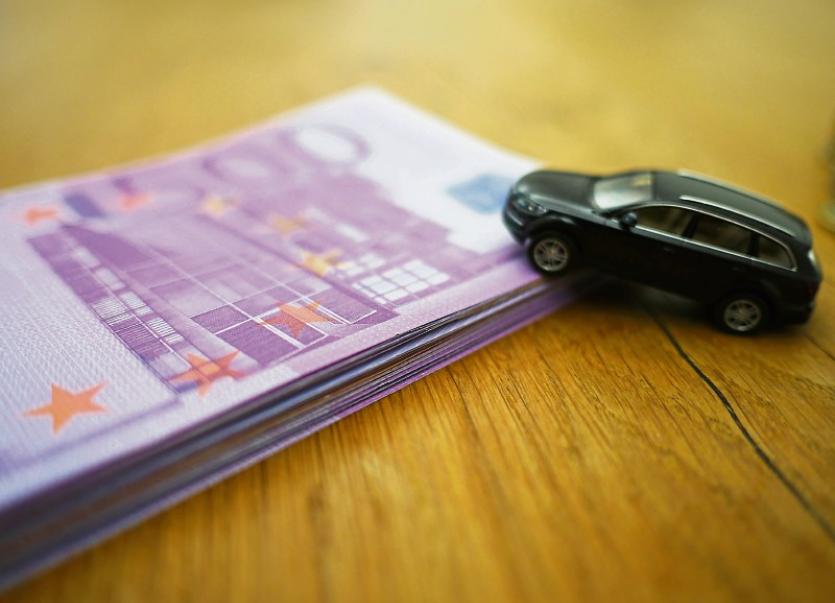 I’ve been asking people over the past few weeks, now that they have more time to review their finances, what they thought was the one expenditure that was their biggest monthly waste, and was it something they may consider changing once we exit the Covid-19 lockdown.

And without doubt, the majority said it was the car they purchased, and the subsequent monthly repayments they were making on it. And Yes, it is something they are going to be much more mindful of in the future.

I can see how a car could lose its appeal when it’s sitting inactive 24/7, or if the monthly repayment is taking 25% or 35% of what people are receiving each month, if they’re on the Covid-19 wage subsidy or unemployment payment schemes.

And of course, it isn’t always going to be like this, and there will come a time, when the car will become more active, and more useful again to us.

With that in mind, I want to tell you a quick story about a couple I met last year who purchased an incredible car. It was stunning. A very well-known brand, that you would think, only the very well off could afford it, but they bought it with just a €2,000 deposit.

But that was okay with them, they loved the car.

I encountered them, because they reached out to me looking for financial advice. They wanted me to put a plan together for them. And, part of our engagement, they asked me to diagnose their monthly outgoings to see if they were spending too much in some areas and could they get better value in others.

I asked what success would be like for them, from working with me, and what was the output they’d like me to deliver, and it was simple.

They wanted me to put in place a plan that would allow them to, retire at 60 debt free, and have enough passive income that would fund the lifestyle they wanted to have.

That was their main goal, and part of that was to get a sense check of sorts, to see were there ways they could better manage their monthly cash flow, because I didn’t have to tell them they needed to save more, they already knew. They just didn’t know how much.

It was pretty obvious from, the get go, where they could free money up quite easily. And no prizes for guessing, it was the amount they were spending on car loan repayments.

If they had lower monthly repayments of say €200 per month, and re-directed the savings of €352 towards pension contributions, immediately they would turn that €352 into €587, when you factor in tax relief.

So, when I met them for our second meeting to review progress, I said to them, I’ve got some really good news and some bad news.

You can retire at 60, was my response.

The car has to go.

And that didn’t go down well with her, because the first thing she said to me was. No chance.

You’ll have to find another way, came shortly after.

And I was expecting this, so I was prepared.

I opened up a retirement calculator I built for them because it’s hard to argue when you’re presented with a series of numbers that are indisputable. The calculator showed, that if they increased their pension contributions by re-directing 50% of their existing car repayment money into it, they’d have enough saved that would pay them the income they needed when they were 60.8 years of age.

Keeping the car and the loan, and making no other adjustments to their monthly outgoings, would mean they wouldn’t reach the fund they needed to retire off, until they were 66.

So, it was simple, the math showed them the following:

No changes to current spending, buy a nice seven year old car and retire at 60

Keep the Batmobile and retire and 66

They shook their heads and couldn’t believe the numbers and they never thought, the impact would be so great, but now they knew.

And they had a choice, and that was do keep this car, or do we want to be financially independent at 60? Is the car more important, and does it give us more happiness right now than retiring at 60 would?

And if it does, then fine, don’t get rid of the car, no issues. We’d have to look at Plan B that’s all, and Plan B wasn’t good because it meant getting a second job, giving up annual holidays etc.

It was a lot to take in, so I suggested we schedule another meeting in a week or two, and in the interim they’d have time to digest what I had said.

And you know, when I reflected more on my meeting with this couple, I began to think the reason I was getting resistance from her in particular, wasn’t because she loved cars, I think it was more what the car represented.

I remember her telling me how hard she works, and how much time she spends apart from her family, how stressful her work is, and after all that effort, they still don’t have much, if any money left in their account at the end of every month.

So, I began to think, was this car just a reminder to her and a symbol of sorts, that all her hard work every month wasn’t in vain?

She had something to show for it, something she could see. If the car went, she’d have nothing.

Was this the real reason behind her reluctance to give it up?

I completely understand if it was, the problem, however, is that some luxury items can add up, and hurt our finances particularly if they are fixed and on-going like car repayments

I received a call from them a couple of days after that meeting, saying they didn’t need to wait any longer, they want to put Option 1 into action.

All this happened about 7 months ago, and I checked back with them last week while I was writing this article and they said, for about a month or so, both of them really did miss their old car. But when they understood how much it was holding them back from retiring earlier, which was their core objective, they didn’t regret giving up the car at all.

My learnings from my interaction with this couple, were that possessions are more than just objects and I think for some people, they have a bigger meaning. They serve as a reminder for all their hard work, and that’s okay as well.

But maybe for some people their new reality post Covid 19, is that they won’t need a big expensive car with high costing monthly repayments, because they’re not travelling as much. Maybe something less costly that will get them from A to B will do just fine. And maybe they don’t care even if their travel isn’t what it once was, and they still want the big, really nice car, and you know what, that’s fine as well.

Liam Croke is MD of Harmonics Financial Ltd, based in Limerick. He can be contacted at liam@harmonics.ie or www.harmonics.ie