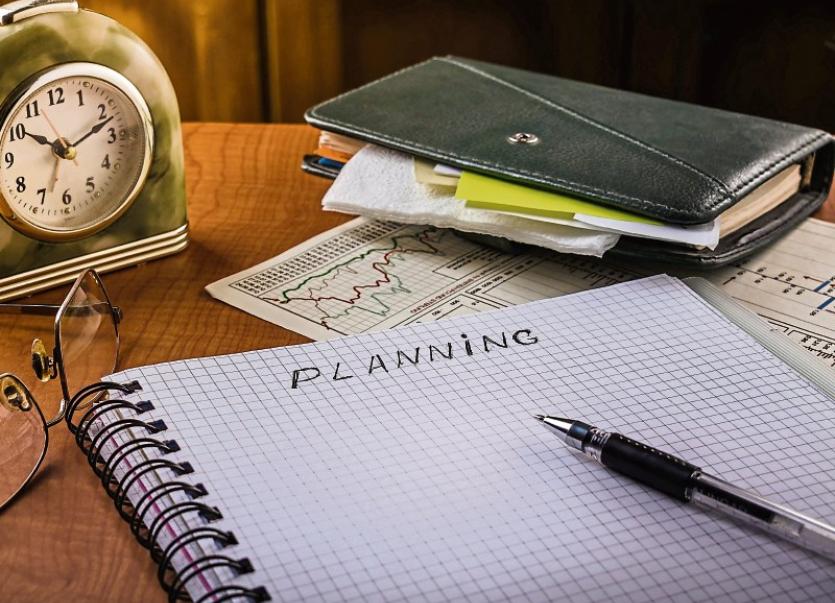 What I’ve found in my 30 years working in the financial services sector, when it comes to financial advice it doesn’t have to be over complicated to be effective. In fact, sometimes, the less said the better.

It’s what’s contained in those words that’s important. I remember when I was younger and playing soccer, my late Uncle Gerry (McCarthy) was the manager of a team I was playing for. His advice to each of us was very simple – be better than the guy marking you.

That was it, and if enough of us were better than our opposite number, chances were we’d win the game. And he was right. It only took seven words from Gerry and we all understood and knew exactly what we had to.

Gerry knew that soccer at its core was a simple game, and maybe he found this out from his time playing in England with Charlton Athletic, and with Limerick and Waterford when he was home in Ireland.

Gerry would tell me that before a match would start, the team would ask the manager, “What’s the plan boss?”

And the reply that came was: “Put the ball in the net more times than them.”

That was it. Not much else was needed to be said. He also knew that it’s people that make things complicated, not the game itself. Sure, you have to complement the instructions given by putting strategies in place, analysing the opposition etc.

Of course you do, but if you over-complicate things, and nobody knows what they should be doing, then you’re in trouble – and the exact same principles apply to money.

So, if I’m the manager of a team who want to win the game of personal finance, I’m going to take a leaf out of my Uncle Gerry’s book, and use as few words as possible in my pep talk.

Okay, team, this is what you have to do, any questions, or you’re unclear about anything, just ask:

1. Live on less than what you make.

3. Invest as much money as early and as often as you can.

4. Set small goals along the way towards reaching bigger ones and push as quickly as you can to reach them.

5. Don’t just have one source of income, have multiple ones.

6. Time is more valuable than money – don’t waste it. You can get back money, you can’t get back time.

7. Figure out ways to earn more money rather than simply focusing on ways to save it.

8. The more money you make, the more you can invest.

9. Every €1 you invest today is worth hours, if not days. Because the more you save today, the more time it buys you in the future.

10. The more expensive your lifestyle is, the longer you’re going to have to work for.

11. Being frugal isn’t being cheap – it’s just not wasting your money on things you don’t need.

12. When investing in anything, don’t start off by asking how can I make loads of money? Your starting point is making sure you don’t end up losing any.

13. Don’t be financially dependent on anyone, ever.

15. Spend your surplus money on experiences rather than on things.

16. Don’t increase your spending just because you got a raise.

18. Never take a job just because of the money. Consider it, but don’t let it be your determining factor.

19. One extra mortgage payment every year, shortens the term by years.

20. The more things you own, the more they own you.

25. Have more money in your account, than is hanging in your wardrobe.

26. The best time to start saving is now.

27. Never put all your eggs in one basket – diversify.

28. Investing works for you, debt works against you.

29. Contribute to a pension scheme.

30. Protect yourself and get insured.

33. Know what taking on debt means and understand fully what you are signing up to.

34. It’s not how much money you make, it’s how much you keep