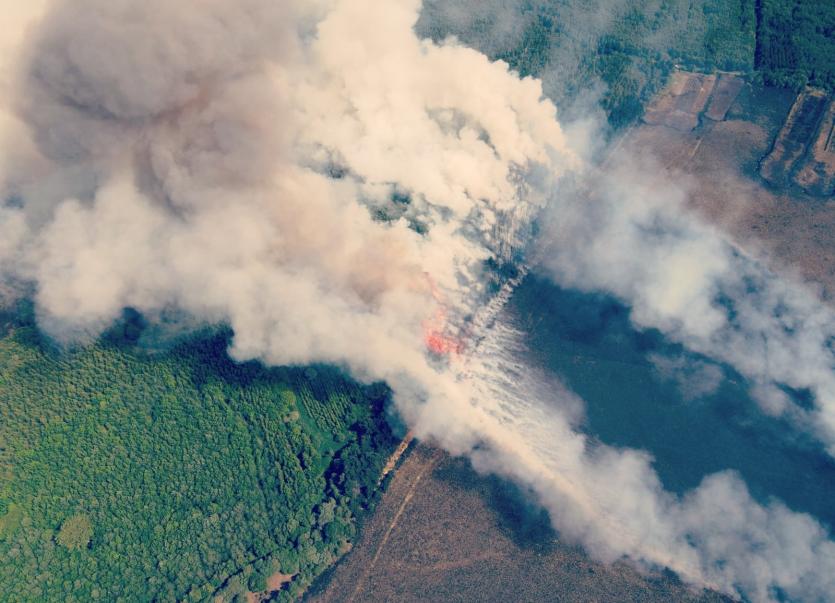 An extreme forest fire risk is deemed to exist in all areas where hazardous fuels such as dead grasses, heather and gorse exist.

The red forest fire warning - the most extreme warning level - has been issued by the Department of Agriculture. It is effective until midnight on Monday, June 1.

"An anticyclone of 1038hPa centred over the North Sea will track steadily eastwards and generate light to moderate easterly airflows over Ireland during the next 24 hours, consistent with a ‘Type A’ fire weather pattern.

"This type of pattern has previously been associated with extreme fire behaviour under Irish conditions," said a spokesperson.

All indications are for high fire spread potential, they said.

"Overall forest fire risk is likely to be compounded by ignitions risks associated with expected high levels of public activity in fire prone areas during the Bank Holiday Weekend," said the spokesperson.

Under extreme fire risk conditions any ignition source in upland vegetation will give rise to rapid and unpredictable wildfire development and spread.

"Fires can be expected to cover extensive areas and pose extreme difficulties to suppression efforts and may potentially give rise to major emergency scenarios.

The issue of condition red extreme fire risk warnings is a comparatively rare event and implies that recipients should take immediate action to protect resources and property. Such action may involve the mobilisation, assembly and prepositioning of resources such as water tankers, machinery, personnel and contract aviation support to high risk areas," said the spokesperson.

They urge people who may see a fire, "Do not delay, report it to the fire and emergency services straight away. Do not wait for somebody else to make the call. Dial 999 or 112."