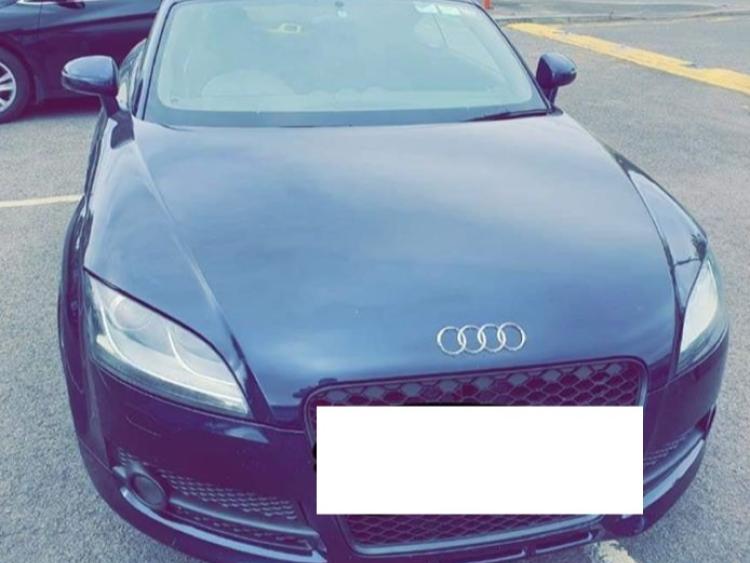 The Audi TT vehicle that was seized

The unfortunate owner of this sports car had it seized no long after buying it.

The driver of the Audi TT was detected speeding at 87km per hour in a 50km/hr zone in Trim.

Meath Roads Policing Unit based in Dunshauglin stopped the vehicle earlier this week on the Navan Road and spoke to the driver.

After examining the vehicle, officers found there was no insurance and no tax.

The driver was also breaching the public health regulations of essential travel only.

It was seized under Section 41 of the Road Traffic Act.

Gardaí said: "There was no reason to be out on roads at all, just rallying the car."

The Roads Policing Unit were using the new TruCam long range speed gun which can clock the speed of cars up to 1km away.