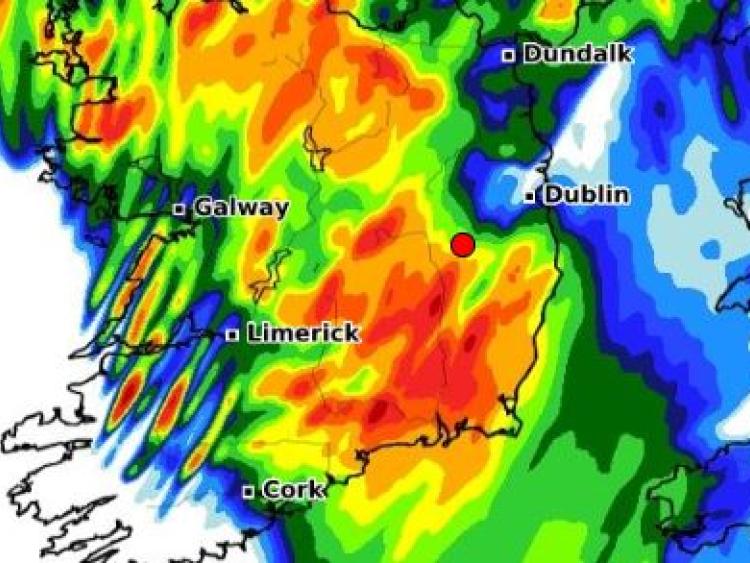 A weather chart showing the rain at 11pm. Source: WXCHARTS

Tonight's heavy band of rain - the first since the middle of March - will start falling at around 9pm and continue until around 2am.

The rainfall will be at its worst between 10pm and midnight, according to weather charts.

Some experts are predicting up one inch (25mm) of rain in the next 12 hours alongside accompanying winds reaching up to 80 km/hr.

There will be more showers tomorrow morning.

The rain and wind is being brought over Ireland by an 'ocean storm' which is tracking north eastwards through the middle of the Atlantic.

After record rainfalls in February, it's been an extremely dry and sunny Spring.

And the next couple of days may see the last major band of rainfall until the first week in June at least.