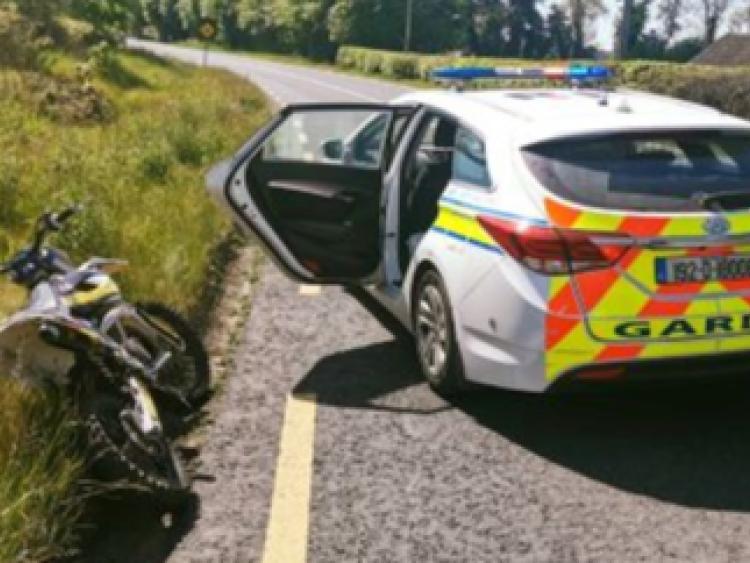 The motorbike stopped at the scene

Clane Gardai responded to a call from the public about a male on a motocross motorbike in the Clane area.

Officers later stopped and seized the bike along and arresting the rider.

The male was charged with a number of instances of dangerous driving and for having no Driving License or Insurance. 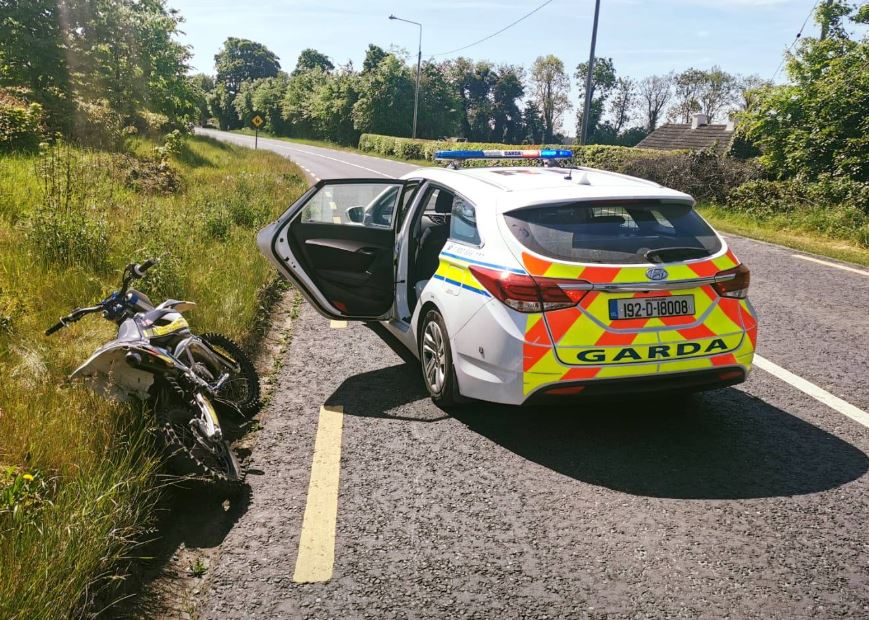 He was also not wearing a helmet at the time.

The motorcyclist will appear in court in coming weeks to face charges under the Road Traffic Act.