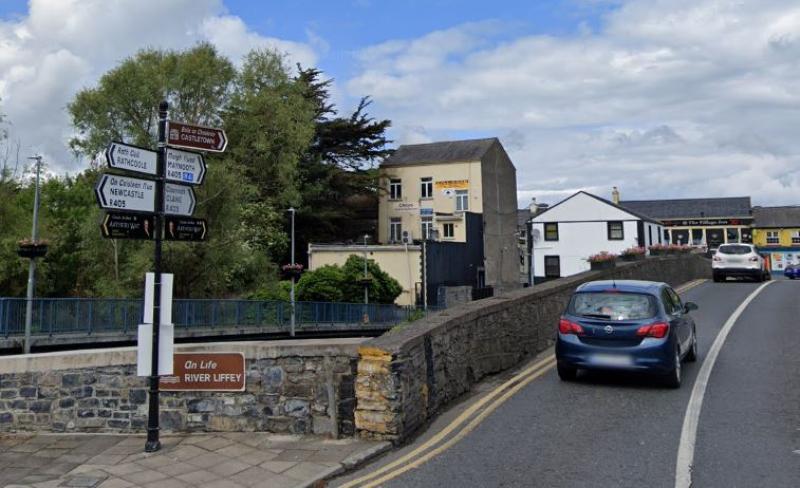 The Liffey Bridge in Celbridge

Many locals in Celbridge are opposed to the scale of a proposed development which will rise up to six storeys high.

Crodaun Development Company, based in Lucan, Co Dublin has submitted plans for 467 housing units comprising of 216 apartments, 199 houses and 52 duplexes.

The 216 apartments will consist of 184 two-beds and 32 three-beds contained in four apartment blocks ranging from five to six storeys high.

Also included in the designs is a childcare facility, a gym, a café and a retail unit.

It's one of the biggest ever residential projects planned for Co Kildare.

According to a strategic planning application submitted to An Bord Pleanála, the €102m project is proposed for a site west of the Maynooth Road and north of Kilwogan Stream at Crodaun, Celbridge.

However locals are very concerned at the scale of the development and the lack of suitable infrastructure in the area.

Resident Deirdre Pierce-McDonnell said: "At the proposed six storeys high, it will be completely out of sync and character with it's surroundings and will ruin the entrance to Celbridge.

She added: "Three storeys high might be acceptable but certainly not six. Plus there are proposals to build four storey high blocks on the opposite of the road. It will be awful."

The resident acknowledged that there is a need for new housing and apartments but that "it needs to be done properly with the proper infrastructure in place first."

She continued: Celbridge is a bottleneck already and with no new bridge or link road around Celbridge.

"The new development - along with the one proposed by Ardstone Developments across the road from it and the O'Flynn development at Oldtown Wood on the Shackleton Road - will turn Celbridge into a car park."

"No new roads will be provided to alleviate the congestion."

The total floor area of the large scale housing scheme by Crodaun Development Company is 54,461 square metres while the site spans 12.93 hectares.

Crodaun Development Company Limited, which was set up in December 2017, is based at Millbank Business Park, Lucan, Co. Dublin.

The 216 apartments will consist of 184 two-beds and 32 three beds contained four blocks ranging from five to six storeys high (the top floor of each apartment block contains a set back). Blocks A, B & C have basement car parking.

The 251 houses will comprise three, four and five bedroom homes.

The proposed childcare facility, gym, café and retail unit will all be located on the ground floor of one apartment block.

Also planned is landscaping as well as internal roads, paths, cycle paths and car and cycle parking including basement parking under the apartment blocks.

Submissions on the development can be made to An Bord Pleanala until June 29 and a decision is expected the following month.