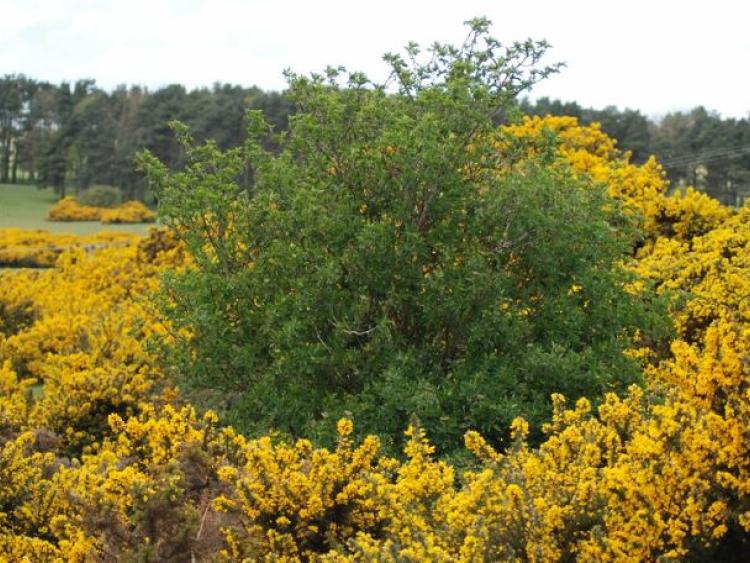 Gorse in the Curragh. File Photo

The Department of Agriculture and Forestry has said a Yellow level Fire Danger Notice is in place due to dry conditions around gorse, grass and heather.

After record rainfall in February, the unseasonably dry and sunny weather in recent days is leading to dehydrated vegetation - such as across the Curragh.

Met Eireann is not forecasting any significant rain until at least early next week.

Firefighters have already had to extinguish wildfires in the Dublin and Wicklow mountains over the last few days.

This Moderate Fire Risk Condition issued by the Department will remain the default minimum risk level in place until the end of the main peak fire season in September.

All countryside users are asked to be vigilant, to report any suspicious activity to An Garda Siochana and to report any uncontrolled or unattended fires immediately to the Fire and Emergency Services via 112/999 service.

A spell of unseasonable dry weather at the end of February last year led to 'tinderbox' conditions in dense undergrowth and sparked gorse fires in the Kildare/West Wicklow border areas of Hollywood and Blessington.

Many of the fires were visible from the Kilcullen, Naas and Sallins areas.

The greatest risk of wildfires is during dry spells when ground vegetation dormant and dry.
Periods of high winds during this time introduce additional risks.
It is an offence under the Wildlife Acts to burn vegetation from 1st March to 31st August .