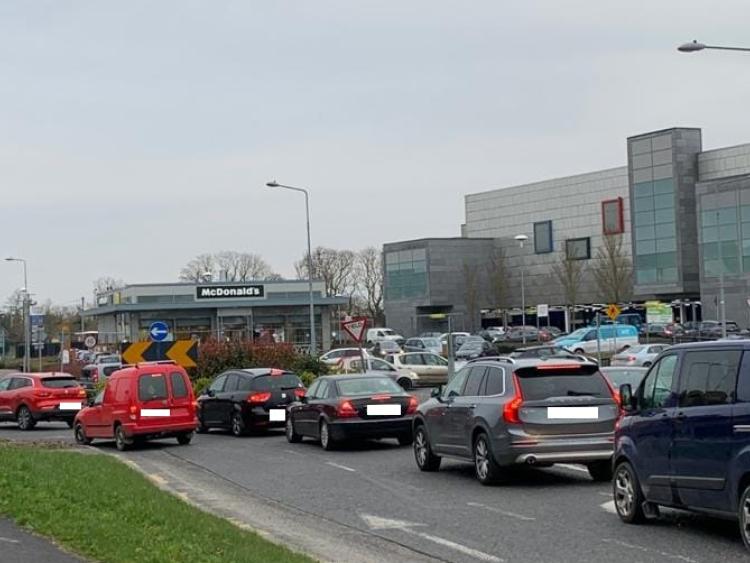 Traffic congestion at the outlet in Maynooth

Gardaí requested that McDonald's Drive-Thru restaurant in Maynooth close earlier than planned yesterday as customers queuing in their cars had caused traffic jams in the area.

The fast food outlet in the Carton Retail Park caused tailbacks on the Dublin Road which impacted on traffic in Maynooth town centre and access to and from the M4 motorway.

The restaurant was due to close at 7pm but local gardaí had to step in and request that it bring forward the shutting time due to the traffic congestion in the area.

The outlet, which first opened its doors in Maynooth over 10 years ago, seats 84 people.

The restaurant opens 24 hours a day, 7 days a week.

McDonald’s said it had taken the “difficult decision” to close all its restaurants in Ireland and the UK by 7pm last evening.

“This is not a decision we are taking lightly, but one made with the well-being and safety of our employees in mind as well as in the best interests of our customers,” the company said.

“We will work with local community groups to responsibly distribute food and drink from our restaurants in the coming days."