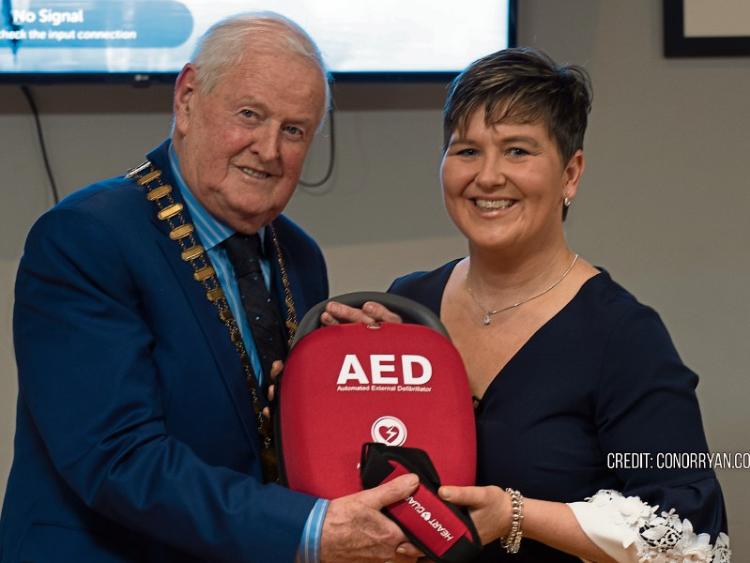 A new Community First Responder group has been set up in Clane. Founder, Hilary McDonnell, launched the group on March 7.

She said that new groups are being set up almost every month now and hopefully county Kildare will be fully serviced with CFR response groups very soon.

Mayor of Clane, Des Marron, handed over an AED on behalf of the Clane community, bought following fundraising events.

The group was set up in September 2019, and former Intel employee, now with Mercury Engineering, Hilary McDonnell, a former president of Clane Rugby Club, has been involved from the start.

She said that at the start of March there were 10 members in the group, who were fully trained in Community CFR and ready to begin their volunteering.

The group has now access to 11 AED (Automated External Defibrillators) through the support of the village of Clane, local business allowing their use if needed, and the purchase of two defoliators for CFR response kit bags.

When an emergency call is placed via 112/ 999 the National Ambulance Service will notify CFR groups to respond to heart attack, stroke, cardiac arrest or choking. The first responders group are dispatched at the same time as the ambulance.

As the first responders are local and close-by, they will generally take less time to arrive on the scene than the ambulance would, so they are then on hand to deliver essential and potentially life-saving treatment, before the NAS arrives to take over.