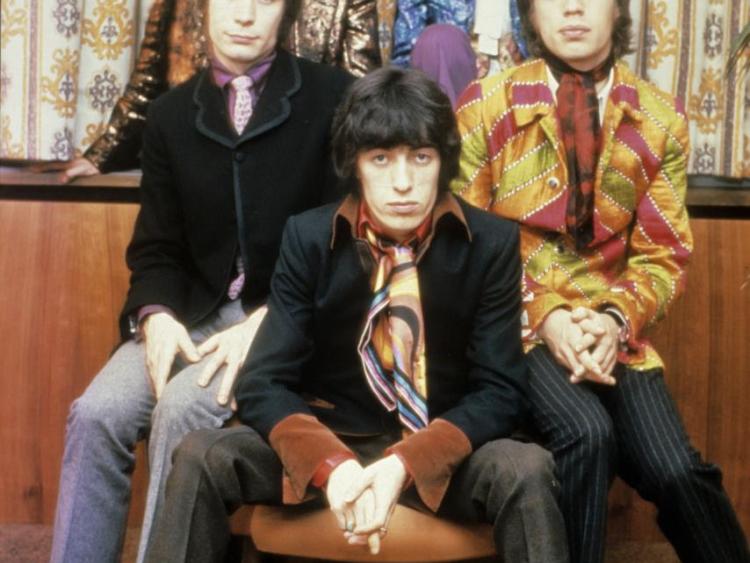 Newbridge Silverware will exhibit a rare collection of musical treasures, costumes and memorabilia from the iconic former Rolling Stones member, Bill Wyman at the Museum of Style Icons, Newbridge, from tomorrow until April 20.

The free to enter exhibition is courtesy of Ripple Productions and is entitled, ‘The Bill Wyman and his Rolling Stones Archive Exhibition’.

This exhibition is the only European showcase of the former Rolling Stones member’s collection. The archive contains not only an unprecedented collection of Bill Wyman’s instruments, stage worn ensembles, personal items and artifacts collected during his illustrious three-decade career as a founding member and bassist of the World’s Greatest Rock Band, the Rolling Stones, but also important instruments and artifacts from his ongoing solo career.

Bill Wyman said, “Collecting and archiving has been one of the great pleasures of my life and will undoubtedly be one of my legacies, it feels like the right time to share my archive with the world. I hope people will get as much joy from my collections as I have. It is easier to let these items go knowing that a portion of the proceeds from this sale will support three causes that are close to my heart: The Prince’s Trust, Macmillan Cancer Support and CCMI (Central Caribbean Marine Institute) who are at the forefront of restoring the health of the world’s reefs and oceans.”

A number of Wyman’s fine collection of guitars will be on view with highlights including: a 1969 Fender Mustang Bass with a Competition Orange finish designed by Leo Fender before he left the company used by Wyman on The Stones’ concerts and recordings in 1969. There is also a 1978 custom built Travis Bean Custom Short Scale Bass used by Wyman on the band’s recordings, videos and tours in 1978 and the 1980s. Another important instrument is the 1981 black Steinberger Custom Short-Scale XL-Series Bass played during the 1988 A.I.M.S. Gala concert at the Royal Albert Hall in London and the Rolling Stones 1982 tour.  The guitar collection also includes a 1974 Dan Armstrong Prototype Bass used by Wyman on several performances such as, the Rolling Stones’ 1975 performance on a flat-bed truck in New York City, the Rolling Stones 1975-76 tour and Wyman's 1981 Top Of The Pops performance of his hit single, "(Si Si) Je Suis Un Rock Star”.  The 1968 Gibson Les Paul Standard Model Gold Top guitar and case used by Brian Jones in The Rolling Stones Rock and Roll Circus concert show and film in December 1968 and on other recordings will also generate huge interest.

Other items from the archive include Wyman’s gold and black satin two-piece stage ensemble worn in the 1970s from famed London boutique Mr. Freedom. The boutique located at 430 King's Road in Chelsea was famous for its pop art inspired fashion often incorporating stars, thunderbolts and ice cream cone motifs in their designs. This suit features a zip front jacket with matching trousers and a signature melting ice cream cone design on the back of the jacket.  Wyman's records indicate that he purchased this ensemble in September of 1970 and wore it during stage performances with the Rolling Stones.

There is also a Jim Morrison Tribute To Brian Jones Original Pamphlet.  This bi fold pamphlet contains a poem by Jim Morrison of The Doors titled ‘Ode to LA While Thinking of Brian Jones, deceased’. This is one of only 500 copies of this poem printed in July 1969. This work, the third of Morrisons four self-published poetry works reflects on the death of Brian Jones who died on July 3rd1969. Morrison distributed the pamphlet during two performances by The Doors at the Aquarius Theatre in Hollywood on July 21st 1969.  Very few survive as many concert goers failed to save them.

Born William George Perks Jr. in Lewisham, South London on 24th October 1936, Wyman began taking piano lessons at the age of 10.  He bought his first guitar, a Burns electric guitar, in 1959. He later fell in love with the bass guitar after hearing one at a Barron Knights concert. He used the stage name Lee Wyman (later changed to Bill Wyman), taking the surname of a friend with whom he had served alongside in the Royal Air Force from 1955-1957.  He legally changed his surname to Wyman in August 1964.

After realising his band, The Cliftons, needed a bass-player, and as nobody wanted to play bass, Wyman decided to do it himself, and in 1961, he created and played the world’s first fretless bass guitar with his band, and later with the Rolling Stones.

On December 7th, 1962, the 26-year-old bassist went to the Wetherby Arms pub in London to audition for the Rolling Stones - whose lineup consisted at the time of Ian Stewart, Mick Jagger, Keith Richards, Brian Jones and Tony Chapman. After buying the poor musicians a round of drinks while impressing them with his musical instrument and his 1962 Vox AC30 Normal model amplifier, Rock ‘N’ Roll history was made.

Soon after Wyman and drummer Charlie Watts joined, the Rolling Stones went on to become one of the most popular and notorious bands in the universe. Their unique blues, Rock ‘N’ Roll and R&B sound, coupled with their youthful swagger, provocative song lyrics and stage performances and rebellious attitude, made them 1960s counterculture idols.  The band became a cultural phenomenon who conquered the United States in 1964 and the rest of the world soon after.

In addition to playing bass in the band, Wyman contributed his vocal and songwriting talents on two of The Stones’ early recordings and performances including lead vocals and composition of “In Another Land” from their 1967 album Their Satanic Majesties Request and "Downtown Suzie" written by Wyman and sung by Jagger on the 1975 Metamorphosis compilation.

In the 1980s, he composed music for the films Green Ice and Dario Argento’s horror classics, Phenomena and Terror at the Opera. In 1989, Wyman with the Rolling Stones were inducted into the Rock and Roll Hall of Fame and into the UK Music Hall of Fame in 2004.

In 1993, Wyman left the Rolling Stones to pursue other projects and new musical endeavors including the formation of “Bill Wyman’s Rhythm Kings” the acclaimed rhythm and blues band, and his fourth solo album, Back to Basics. Since 1996, The Rhythm Kings has recorded six studio albums and two live albums which produced the singles, “Groovin,'"  "Can't Get My Rest at Night," "Gambler's Lament," "That's How Heartaches Are Made," and "I Know (You Don't Love Me No More)" with a rotation of some of the top musical artists of all time including Eric Clapton, George Harrison, Peter Frampton, Mark Knopfler, Mick Taylor and more.

Wyman is an acclaimed photographer whose images have been exhibited all over the world and in his book, Wyman Shoots Chagall, which captures his friendship with artist Marc Chagall.   Wyman is also the founder of Sticky Fingers, the world-famous restaurant in London; a metal detector enthusiast; an inventor and a best-selling author of many books on a wide range of topics including his time with the Rolling Stones, Blues music, and his passion of finding archaeological treasures. His latest book – Stones From the Inside – is a collection of rare Rolling Stones images that went on sale in February.

William Doyle, CEO of Newbridge Silverware and the Museum of Style Icons said, “It is a huge privilege for us to host this wonderful exhibition.  Bill Wyman is a musical legend and we are looking forward to showcasing this important archive of musical treasures.  This exhibition is a ‘must see’ for anyone who loves music, Rock and Roll and The Rolling Stones.”