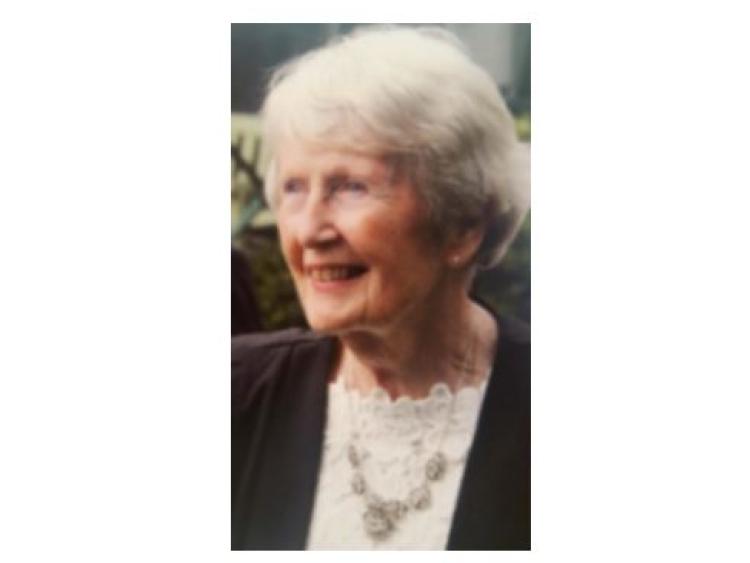 May Bernie rest in peace

Reposing at McWey's Funeral Home, Abbey View, Kildare Town from 4 pm on Tuesday with rosary at 7 pm. Removal on Wednesday at 11:15 am to arrive at The Carmelite Church, Kildare Town for Funeral Mass at 12 midday. Burial afterwards in St. Conleth's Cemetery, Kildare Town.

May he rest in peace

Reposing at the Massey Bros Funeral Home, The Haven, 177 Crumlin Road on Wednesday from 4 to 7 o’clock. Funeral Mass on Thursday at 10 o’clock in Church of the Assumption, Booterstown Avenue followed by burial in Shanganagh Cemetery. All enquires to Massey Bros 01 4541666.

May Helen Rest in Peace

The Geraghty family regretfully announce that the remains of Tony and Nuala will arrive at St. Coca's Church, Kilcock on Wednesday, 26th February, for Mass at 12 noon. Interment of ashes to follow at St. Joseph's Cemetery, Kilcock.

May Tony and Nuala Rest In Peace.

Instead of flowers, we respectfully request that donations in their memory be made to the Irish Cancer Society.

The death has occurred of Brian (Bob) O'Brien
Griffith Road, The Curragh Camp, The Curragh, Kildare

May Bob rest in peace.