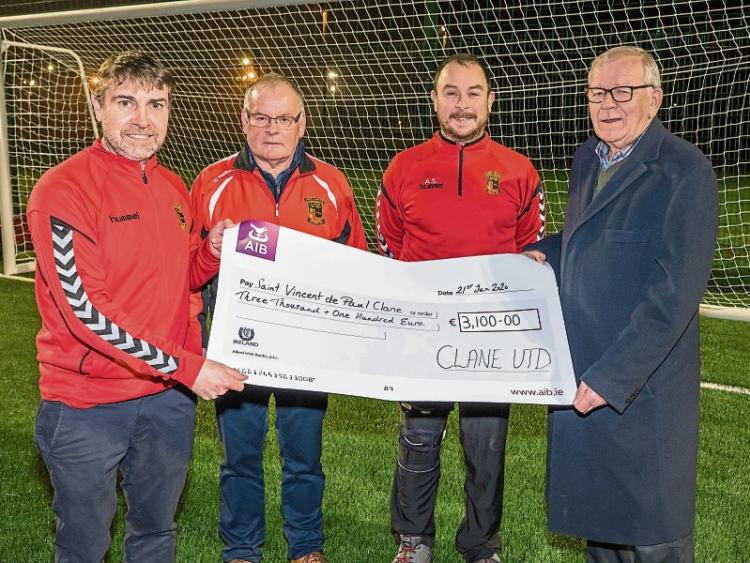 Recently, the club handed over the cheque for €3,100 to the Society.

Andy Stallard, Clane United, said that for the past few years the Friends of Clane United group, which consists of ex-players, have organised a charity football match in aid of the Society. “The match would be between current players and ex players.”

Andy said this year was the first year this match has taken place on the club’s brand new astro pitch which was built by Clane United and funded by donations, fundraising and grants. “This year was our best ever year raising much needed funds for Vincent De Paul. We were delighted to hand over a cheque for €3,100 euro,” he said.