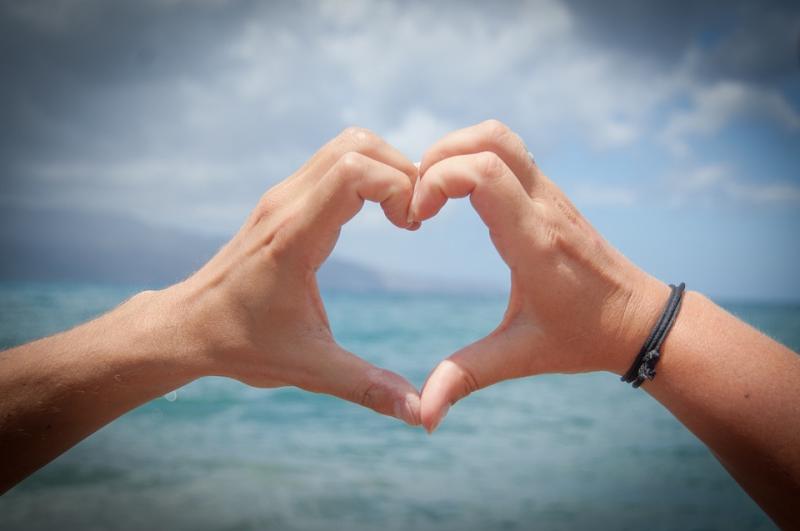 What do you spend for Valentine's Day?

Florists, restaurants and jewellers win out on Valentine’s Day says AIB which should cause no surprise to our readers!

Irish men are not often compared favorably with their European (Latin) lovers when it comes to the romantic stakes.

But, AIB research shows that spending on flowers among Irish men increases a massive 2,407% on Valentine’s Day, with the majority of florist transactions (11%) between 5pm-6pm as people finish work and rush to buy a gift (more like, he realises 'Damn, I forgot the flowers!'). 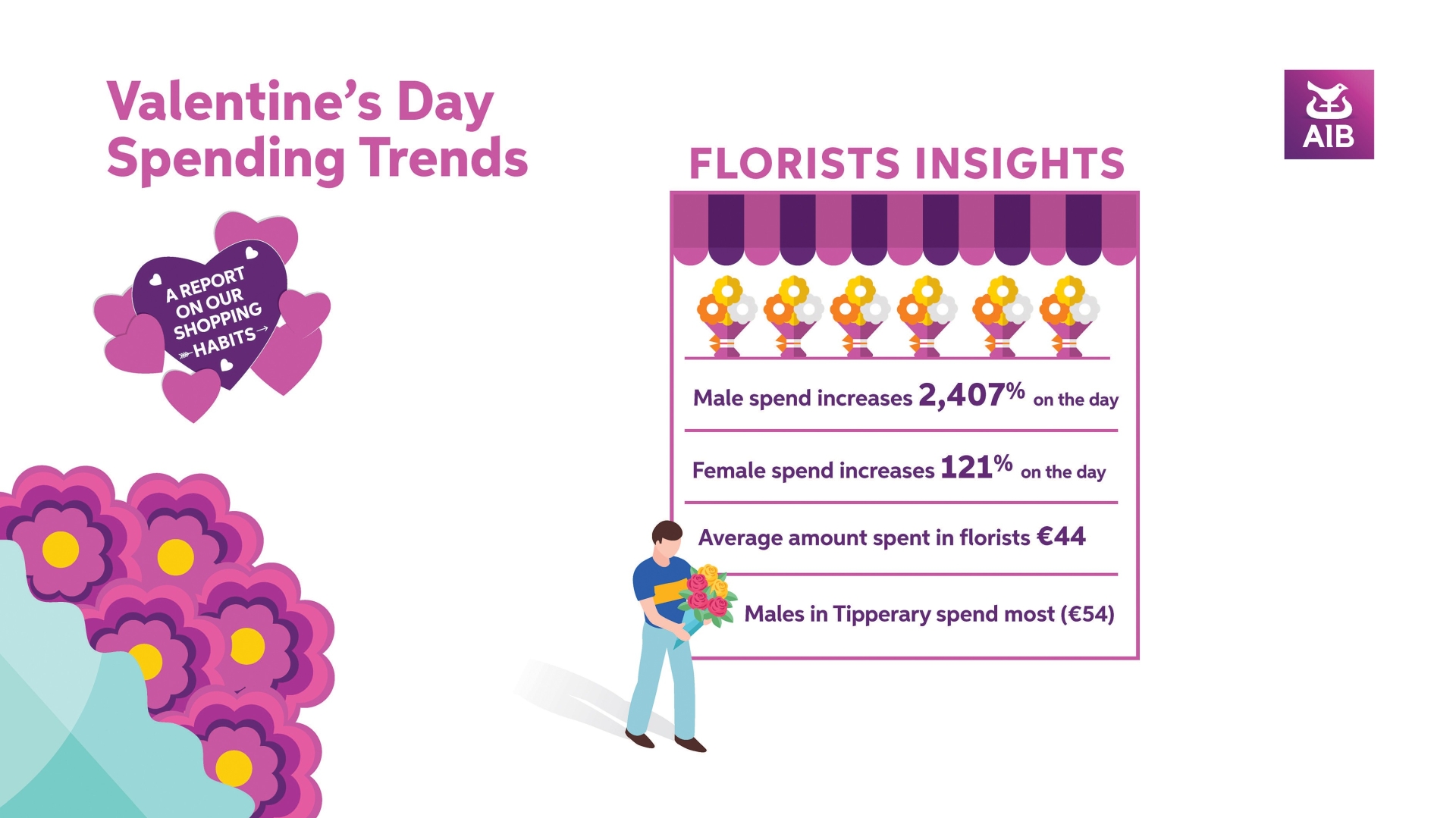 Nationally, hotel spend is up 17% on Valentine Day with spending among men in hotels increasing by more than three times (26%) that of women (8%). So, we females are the cheap skates?

The research also states that on average, €44 is spent on flowers with the max being spent in Tipperary where men spend an average of €54. And again, on average, Dublin people spend €137 on jewellery. 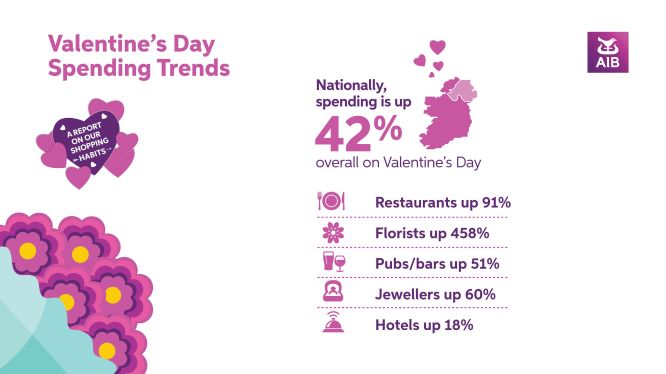 The data released by AIB was compiled from over 1,000,000 debit and credit card transactions in store on the 7 and 14 February 2019 and has been anonymised and aggregated.

See the infographics here with a breakdown of the spend for Valentine's - we women get away with murder!

Speaking about the data, Fergal Coburn, Chief Digital & Innovation Officer said “These transaction insights give us a real understanding as to how Irish consumers are spending their money, allowing us in AIB to focus our resources and invest in technologies that will improve their banking experience. They also give retailers detailed insights into consumer behaviour and allow them to plan for key events in order to maximise sales. For example, the data shows there is a last minute dash for flowers which florists could use to extend their opening hours or increase staff numbers during those hours.” 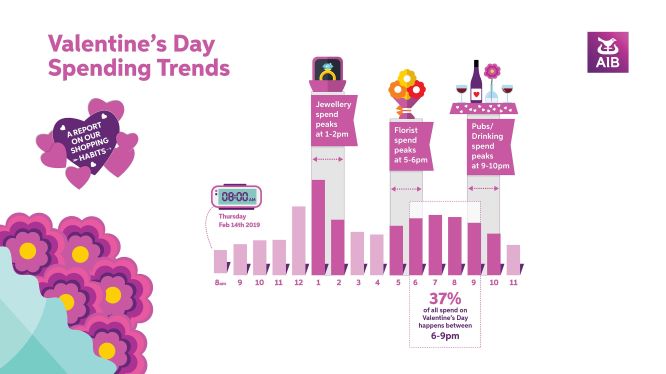 Spend on Valentine’s Day is up 42% compared the previous week, with 37% of the spend during the day between the hours of 6pm and 9pm, suggesting the majority of shoppers are dining out or buying last-minute gifts.

·         Flowers are overwhelmingly the gift of choice for Irish consumers on Valentine’s Day with spend up 458%. Male spending in florists increases 2,407% on the day, while female spend increases 121%. The most popular time for buying flowers on the day is after work (5pm to 6pm) with consumers spending an average of €44 each. On average, men in Tipperary spend the most on flowers (€54) while men in Wexford spend the least (€40).

·         Jewellery remains a popular gift choice for many as spend increases 60% on Valentine’s Day. Spend among men increases 79% while spend among women increases 42%. On average, men are spending €129 on Jewellery on the day while women are spending slightly less at €111. The most popular shopping time for jewellery on the day is between 1pm-2pm and 3pm-6pm when 33% of all spend occurs. On average Dublin people spend €137 on Jewellery.

·         70% of spend throughout the day requires chip and pin, suggesting the average transaction is above the €30 contactless limit. However, only 5% of spend on the day was completed using a digital wallet, suggesting many users are unaware that transactions of up to €5,000 can be made using Apple, Google or FitBit Pay.