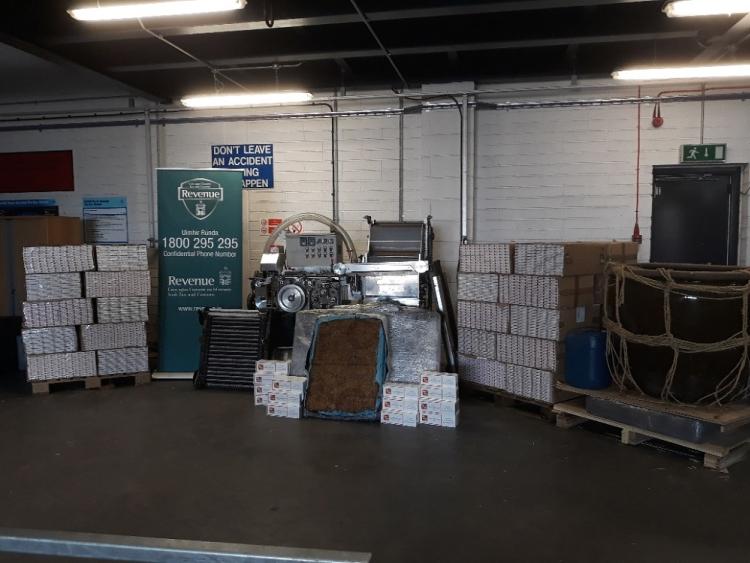 Last Thursday Revenue officers discovered and seized machinery and materials such as cigarette filters, foil and carton paper, associated with illicit cigarette manufacturing following a search, under warrant, of a commercial premises in the Dublin 3 area. There was no illicit manufacturing in operation on the premises.

As part of Revenue’s ongoing action against smuggling of tobacco products, Revenue officers also seized 240kgs of processed tobacco and approximately 60,000 cigarettes which were concealed in wooden crates.

The tobacco and cigarettes have a combined retail value of approximately €174,000, representing a potential loss to the Exchequer of €153,168.

Investigations are ongoing with a view to prosecution.

On Monday (10/2/2020), Revenue officers seized 800,000 cigarettes when, as a result of routine profiling, a container which arrived into Dublin Port from Rotterdam was x-rayed using Revenue’s mobile scanner. The smuggled cigarettes branded “Pect" have a retail value of almost €460,000, representing a potential loss to the Exchequer of €368,000