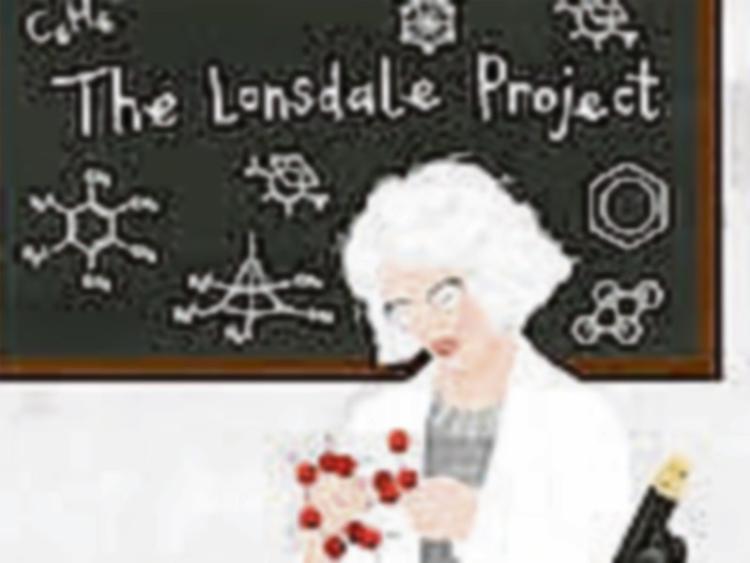 A world premiere show at the Riverbank in March will highlight the life of Newbridge born scientist, Kathleen Lonsdale.

The Lonsdale Project, written and directed by Sian Ní Mhuirí, is a new theatre show for young people from the ages of 11 years plus that connects science with real events and spotlights the  story about the life and work of pioneering scientist Kathleen Lonsdale.

Born in Newbridge  in 1903, Lonsdale’s name and legacy are “curiously unknown” by the Irish public.

In this co-production with Riverbank Arts Centre and theatre production company, Super Paua, the aim is to change that. They have created The Lonsdale Project to celebrate her life, her writings, and her adventures in x-ray diffraction, crystallography and passivism. The play stages its world premiere at Riverbank Arts Centre, Newbridge, on March 14, and transfers to Smock Alley Theatre, Dublin (Mar 19 - 28).

They will also open an exhibition in conjunction with the premiere of the play to explore a day in the life of Kathleen Lonsdale and what its was like to be a crystallographer both in 1920, and a century later in 2020.

Sian Ní Mhuirí is a playwright and theatre-maker, who specialises in socially-engaged theatre and performance in community settings. A graduate of Central School of Speech and Drama, London, she founded Super Paua in 2013. Sian was one of sixteen emerging artists awarded the inaugural Next Generation Bursary by Arts Council Ireland in 2016, presented by President Michael D Higgins.

Lonsdale was a prominent chemist, crystallographer, anti-war campaigner, writer, mother, and former inmate of Holloway Prison.  She was incredibly renowned in her time.