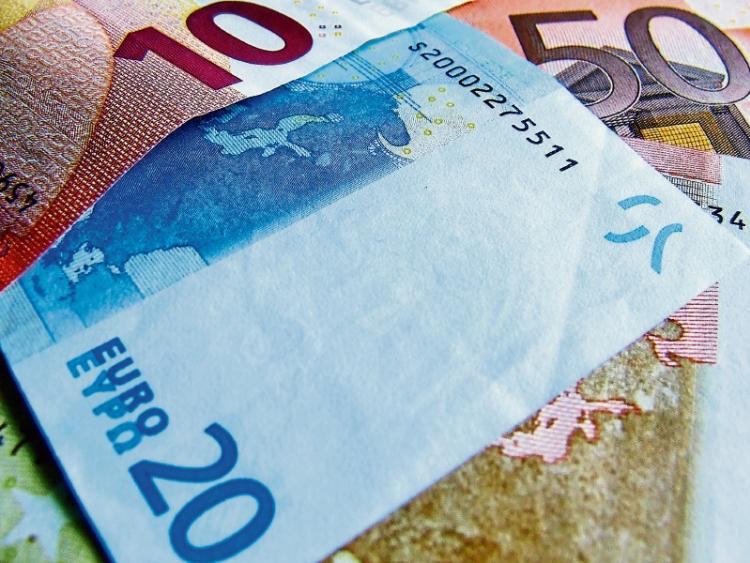 I told my Aidan all about Oberstown Detention Centre for young offenders over the weekend. I added a few white lies in to my tale though. I told him it was a jail for children and not just for kids from aged 10 to 18. I just let him think he is already old enough to go to jail. I hope he pays heed to what I told him!

Last Sunday I was about to head out to the supermarket to do the weekly shop when I remembered I had left a €20 note on my bedside locker. When I went to grab it, I noticed it was gone.

I asked Daddy Chambers if he moved it and got a no. I then asked Sarah the same question and also got a no.

Finally, I asked Aidan and the response was the same. Except I know my son upside down and inside out and I certainly know when he is lying. And lying he was.

I gave him 10 seconds to confess and he duly did. It turns out he swiped it and stuck it in his money box along with a fiver that was on Daddy Chambers’ locker.

I was so annoyed with him, and proceeded with the lecture about stealing and how bad it is.

Mid-lecture, I knew well that he wasn’t properly listening to me so I went in even stronger.

I told him stealing is a crime (technically true) and if and when he does it again I would call the guards on him.

Being almost seven, he loves to give a back answer and he informed me that the guards couldn’t do anything to him because there’s no such thing as a jail for children. Cue me telling him all about Oberstown. I’m not sure he believed me, but it was worth a shot.

I hate it when he steals things. I think any parent would. To be fair, it’s not as if he does it all the time but he has, on a good few occasions, taken coins from my wallet or from the bottom of my handbag and I really don’t like it.

Maybe I’m overreacting but I’m afraid it will lead to more serious things down the line.

He’s been telling lies quite a lot lately, actually. I presume it’s just his age. Well that’s what I’m hoping it is, anyway. The lies aren’t particularly serious, but I’d prefer if they didn’t happen at all.

He frequently heads next door to my mother’s house and tells her he is starving and that I have no food in the house.

My mother then fills him full of toast, biscuits and anything else he fancies. When I arrive out, my mother starts to lecture me about how I don’t feed him enough and it’s then he realises he’s been caught out.

More often than not, he has just ate rings round him in his own house and goes out and lies to his granny just because he’s a glutton! And of course granny always beleives her golden grandson!

The ‘normal’ little white lies don’t bother me that much, like when he tells me he has tidied his room when he hasnt. Or when he lies about washing his hands after going to the loo, despite it being gross!

It’s the ones that are going to get him in trouble that I want to put a stop to. Any guards out there want to come to my house and back up my white lie about Oberstown? It could maybe save you some work in a few years time!

I actually think guards coming to talk to children about things like this in school wouldn’t be a bad idea. I know it’s the parent’s responsibility to teach their children right from wrong and about morals but, lets face it, they don’t listen to their parents half the time. My two don’t anyway! There’s nothing like a garda in uniform to make a child stand to attention!

Or am I totally overreacting here altogether? Is lying and stealing a common thing for a child Aidan’s age? I genuinely don’t have a clue, because he’s my oldest. Are his misdemeanors actually not going to lead to bigger ones in the future? I’ll take all the advice I can on this one, folks, because I fear I’m getting it wrong.

I just couldn’t ignore the fact that he took the €20 on me; that was just plain wrong and I really hope what I told him sank in. Only time will tell.