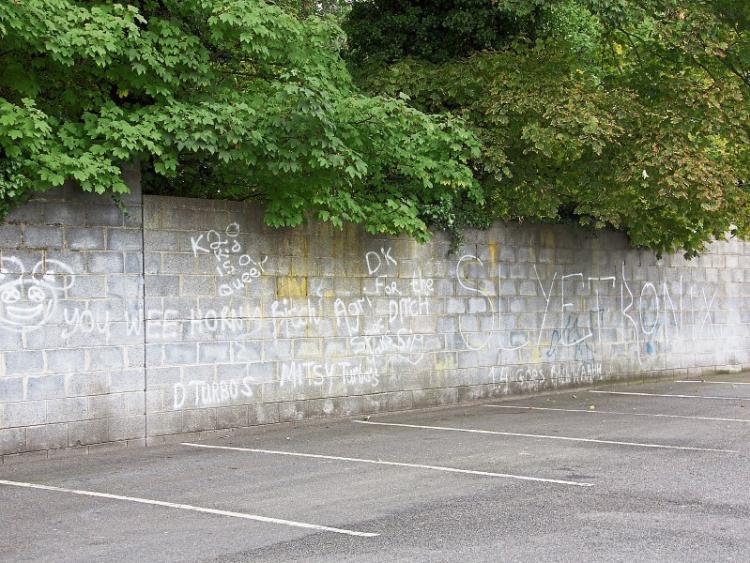 A growing graffiti problem which is blighting Naas needs to be tackled.

Local councillor Bill Clear wants a specialist to be recruited to clean up parts of the town that have been defaced.

According to Cllr Clear utility poles and boxes have been used by graffiti artists as have walls and buildings.

Naas councillors have previously expressed support for the development of a graffiti wall.

Cllr Seamie Moore says an existing wall could be chosen or built from scratch in the Naas area which would “incentivise urban art forms”.

He also believes that this would decrease the amount of illegal graffiti created in Naas has an adverse impact on the town’s entry in the Tidy Towns competition and which has to be removed.

He said the creation of a special wall dedicated to graffiti would be a great opportunity for the county council and councillors “to lead the way.”