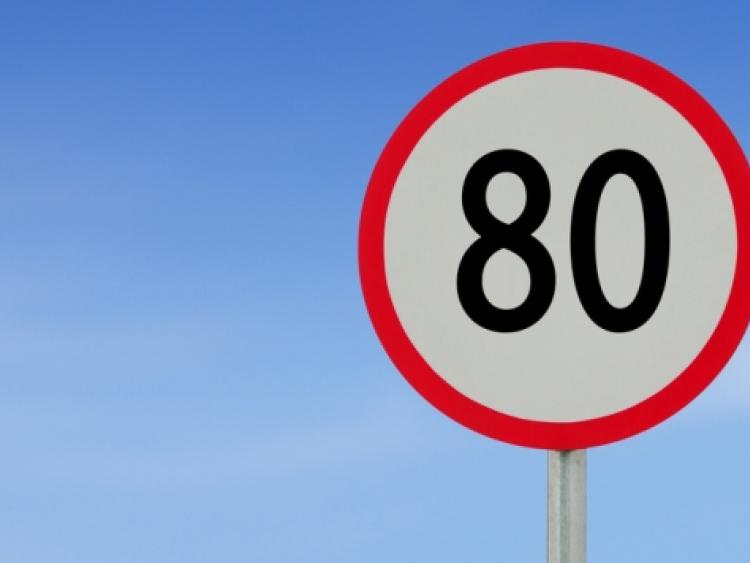 Kildare Co Council has confirmed that the 80km/hr speed limit on upgraded sections of the M7 will continue until at least mid-February.

The Council had indicated before Christmas that the reduced limited would apply to at least February 2.

In a statement today, the local authority said that joint contractors SIAC/Colas are continuing works on the motorway.

A spokesperson said: "Pending completion of these works and in the interests of both worker and public safety the temporary 80 kilometre per hour speed limit is being maintained.
"It is anticipated that the works will not be completed until mid-February."

The Council also confirmed that the Sallins Bypass is also behind schedule as it had been due to be completed in early 2020.

The Council said the project "is now projected to be completed and open to traffic in Summer 2020."

The statement added: "When the Sallins Bypass is completed the new interchange at Osberstown on the M7,
Junction 9a, will open as well.
"Should the contractor SIAC/Colas achieve completion of the Sallins Bypass before Summer 2020, updates will be announced."

It had been expected that the upgraded motorway would return to its original 120km/h speed limit before Christmas.

Lanes are currently operating at a reduced speed limit of 80km/h from Junction 8 Johnstown to the M7/M9 interchange at Junction 11.

All three lanes of the 13.5km stretch of motorway being upgraded opened on August 2 and the speed limit was due to revert to 120km/hr in mid-September — however this deadline came and went.

GoSafe speed vans, which were introduced along the roadworks in November 2018 to enforce 60km/hr speed limits, are no longer stationed on the upgraded stretch. However, units of Naas Roads Policing are continuing to monitor speed levels along the route.

Three key elements of the overall project by SIAC/Colas include the widening the existing M7 motorway from two lanes to three lanes both eastbound and westbound for approximately 14km, between Junction 9 Naas North, at Maudlins (Perpetual Motion Ball), and the M7/M9 interchange, at Junction 11.

Existing ramps will be replaced and relocated at Junction 10 Naas South Newhall to the main Naas to Newbridge dual carriageway, the R445.

Fianna Fail TD Fiona O'Loughlin said: “The neverending roadworks on the N7 and the myriad of problems it is causing is a hot
issue among my constituents and one that I expect to hear a lot about over the coming weeks.

"I’ve been saying for years that the Minister and Department should have had a plan in place in terms of taking drivers off the road during the time of the work such as extra park and ride facilities and increased incentives to use public transport.

“Everyone needs to see a rapid and conclusive completion of these works and to get back to an easier and faster commute,” said Deputy O’Loughlin.

“I expect problems with commuting to be raised again and again during this campaign. Rail users are also suffering with the discrepancy in prices between Kildare, Newbridge and Sallins which I have been highlighting continually during my time as TD and if re-elected, will continue to work on.

The National Transport Authority refuse to consider extending the short-hop zone, so we clearly need a medium-hop zone with appropriate fares.

"I will also continue to push Irish Rail to accelerate the delivery of the new carriages they have promised; leaving commuters on overcrowded carriages is not acceptable.”