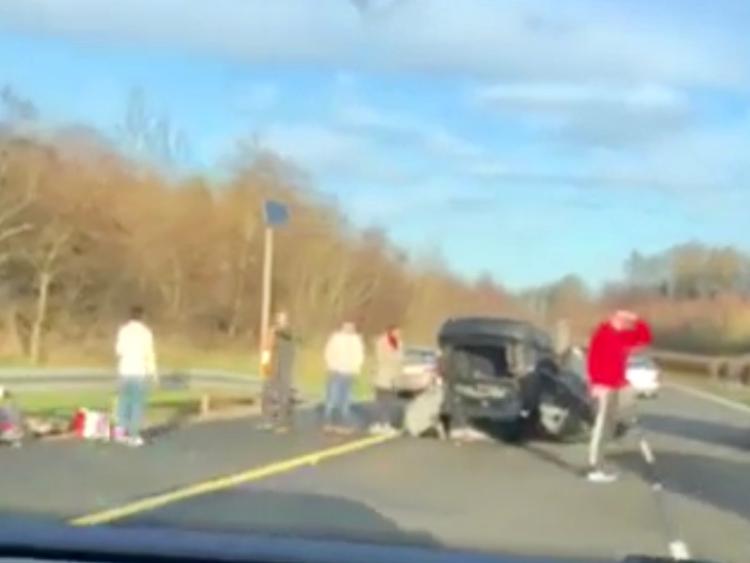 This was the scene on the M7 eastbound on the Kildare/Laois border when the motorway was shut following a collision on Sunday afternoon.

Photos sent by a reader show a car on its roof after it lost control and overturned. 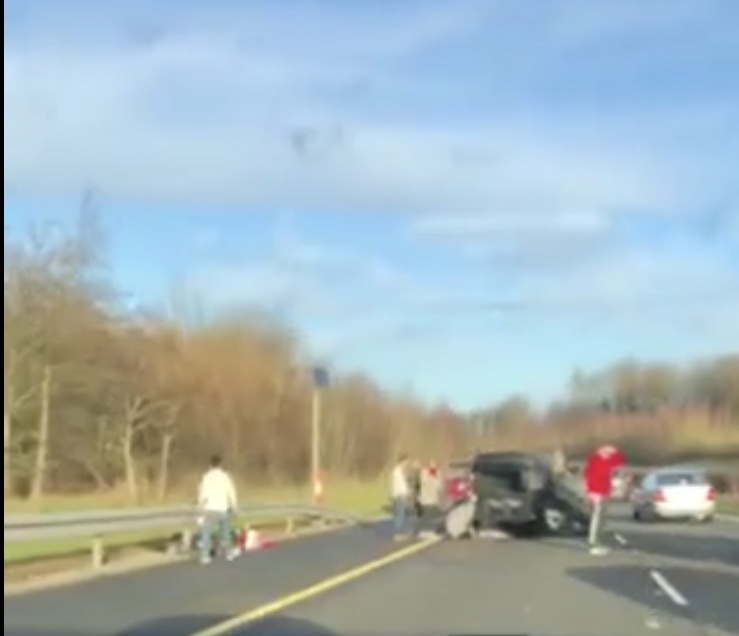 The incident happened at around 3pm near Junction 15 (Ballybrittas and Emo).

Gardaí ordered a complete shutdown of the eastbound carriageway and motorists were diverted.

One lane was later re-opened and traffic was extremely heavy for a time.

The motorway was fully re-opened at around 5pm.