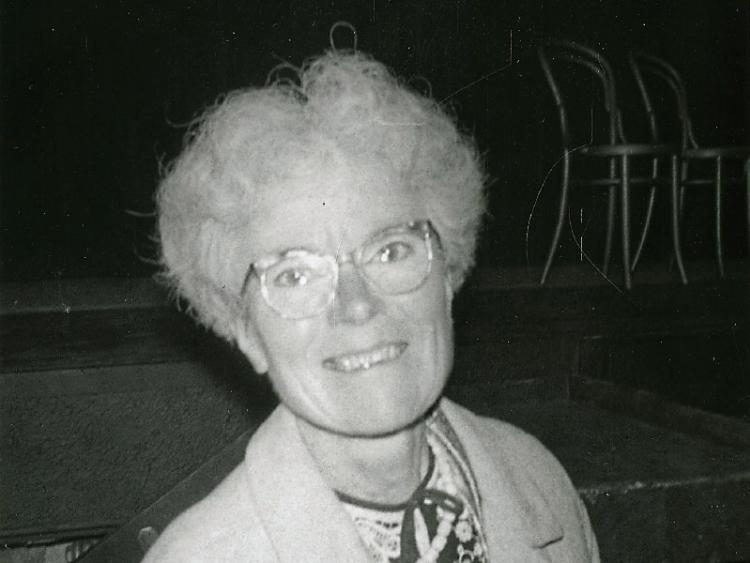 Kathleen Lonsdale was very proud of her Irish roots and would be very proud that Maynooth University would opening an institute in her name and that her son would speak at that opening.

That’s according to Stephen Lonsdale, who spoke at the official launch of the Kathleen Lonsdale Institute for Human Health Research at Maynooth University on Friday morning, October 25.

Kathleen Lonsdale, neé Yardley, was born in Newbridge was born on January 28, 1903.

While she is best known for her pioneering work in the area of x-rays and crystals, she was also a noted campaigner for prison reform and within the peace movement. She even served a month in jail for refusing to register for civil defence duties during the Second World War.

But perhaps one of her most overlooked accomplishments was that her life began in modest circumstances as the daughter of, effectively, a lone parent, and she managed to make her way up through the world of academia and science at a time when that was not the done thing for women.

Kathleen won the Davy Award which is awarded by the Royal Society in London for an outstandingly important recent discovery in any branch of chemistry.

She was one of only four women, including Marie Curie, to have won it, in its 142 year history.

She was also the first woman to be elected a member of the Royal Society and the first female president of the British Association for the Advancement of Science.

Addressing the crowd gathered in the Engineering and Bioscience building in Maynooth University, her son Stephen Lonsdale, himself a doctor, admitted that he was very happy to be speaking in Ireland, “especially given what’s been happening in Britain”.

He explained that his mother was a crystallographer.

“I don’t know if you know what that means, but it doesn’t mean looking into crystal balls and telling fortunes,” he joked. 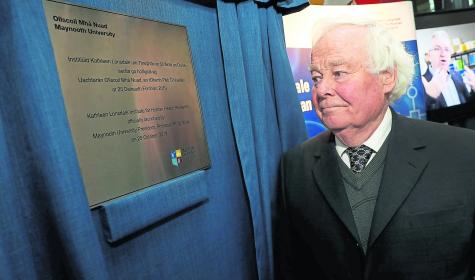 His mother worked by shining x-rays at crystals, which produced an array of light that allows you to see the pattern of molecules in the crystal. This is turn allows you to modify the molecules, as was done for instance with penicillin to form various other types of antiobiotics such as cloxacillan.

He noted that on the old post office in Newbridge there is a pink plaque to say that his mother lived there, and he wondered, with good humour, if there were pink plaques for women and blue for men.

Kathleen’s mother was Jessie Campbell, who was Scottish and was less than five feet tall, and her father was Frederick Yardley.

He was, Stephen explained, clearly an intelligent man who worked his way up from being a post man to being postmaster in Newbridge.

“Jessie Campbell was a fundamentalist baptist who believed in hell and damnation. She was a teetotal and a non smoker. ”

Her husband was a heavy drinker, smoker and an atheist.

“So you can imagine it wasn’t entirely a happy marriage.

“They had 10 children, so something must have been alright!”

Yardley had a house in Ilford in Essex. He was away from the family quite a lot, going to the Boer war a couple of times, and got the job in Newbridge in about 1900.

“It was a big post office serving the town and the Curragh Camp which was the biggest British army camp in Ireland,” said Stephen.

He travelled to South Africa and died there of renal failure.

“In his defence he was a diabetic and in those days there was no treatment for it, and he would have been thirsty all the time. And the safest drink in those days was beer,” said Stephen of his grandfather.

“But in real terms my mother was actually brought up in a single parent household. They were chronically short of money.”

He explained that Kathleen’s siblings all worked and her mother sold jam on the street in London.

However that school, which was for girls only, did not do science, so she did that in the local boys school.

At the age of 16 she took university entrance exams and got a place at Bedford College in London to study mathematics.

She realised that a woman could only hope to teach if they were studying mathematics, so she switched to phyics at University College London (UCL) and graduated at the age of 19 with her undergraduate degree achieving the highest mark of any student for the previous 10 years.

Her professor at UCL, Sir William Bragg, offered her a research fellowship and when he moved to the prestigious Royal Institution he took her and a number of other academics with him.

Stephen recalled having Jewish scientific refugees staying with them in the house during the Second World War, “and it’s said I could speak German from the age of four, but I don’t remember that”.

When Stephen’s parents met, it appears his father Thomas was something of a feminist, telling Kathleen he didn’t get married to get a housekeeper, by way of encouraging her to continue to work. His parents became Quakers in Leeds, which lead to her work as a pacifist, and to her jail term some years later. She wrote and campaigned for peace throughout the rest of her days.

When Kathleen was visiting Japan she told the press that although she wasn’t asked to get involved in developing the atomic bomb, if she had been, she would have refused to take part. The following morning the corridor outside her hotel room was filled with flowers.

She died in 1968 from an anaplastic carcenoma of unknown origin, and Stephen believes it was probably as a result of all her exposure to x-ray.

“I was with her an hour before she died and it upsets me still that I didn’t stay,” he said, his voice faltering.

“I think my mother was very proud of her Irish roots. She came back here several times through her life.

“She would be delighed that this university had chosen her name for this (Institute) and also she would be very pleased that her son was here as well.”

The Institute which is named after Kathleen Lonsdale will be a multi disciplinary and multi departmental research facility, examining human health in the broadest sense of the word.

Before his speech Mr Lonsdale said he had come to Ireland once to find her roots and eventually did, despite, he admitted, not “having a clue where Newbridge was!” He found the house of his mother’s birth with the help of the local library.