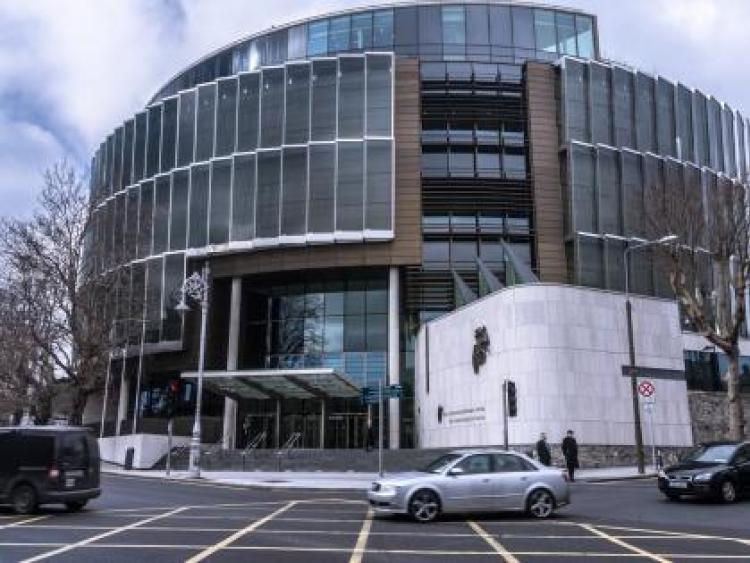 A psychiatrist who gave evidence at a 2003 trial that a man, who subsequently spent 16 years in jail for the murder of his infant son, was not suffering from paranoid schizophrenia, is now of the view that the man displayed early signs of the mental condition at the time, a jury has heard.
It was during the opening of the trial of Yusif Ali Abdi at the Central Criminal Court today, Tuesday, December 10, that a prosecuting barrister said the matter of insanity is at issue in the case but that there is a large amount of agreement between the parties in relation to this.

Mr Abdi (46), with an address at Charleville Road, Phibsboro, Dublin 7 is charged with murdering 20-month-old Nathan Baraka Andrew Ali at The Elms, College Road, Clane, Co Kildare on April 17, 2001. He pleaded not guilty when arraigned before a jury yesterday morning, Monday, December 9.

Opening the case for the prosecution today, Seamus Clarke SC said Mr Abdi is originally from Somalia and he came to Ireland in June 1997 as there was a civil war in his homeland around this time.

Addressing the jury, Mr Clarke said the accused suffered a lot of tragedy in Somalia. His father was killed and Mr Adbi had witnessed his burnt body. Counsel said the court will hear about the accused’s post-traumatic stress disorder.

Outlining the facts of the case, Mr Clarke said Mr Abdi was granted refugee status in Ireland and “stuck up a romantic relationship” with Amanda Bailey. They later got married and had a son called Nathan who tragically died in 2001, said the barrister. Mr Abdi was put in small and substandard accommodation as a result of his refugee status and moved around the country a lot.

In relation to the evidence against the accused, Mr Clarke said the jury would hear that Ms Bailey began to notice a deterioration in her partner’s mental health. He had been involved in an incident with gardai in November 1999 and as a result started to become paranoid about gardai.

Mr Clarke indicated to the jury that Ms Bailey noticed a demonstrable change in her partner’s mental health when he returned from a visit to Africa in 2000. The prosecution barrister went on to tell the court that Ms Bailey left their martial home on a number of occasions due to Mr Abdi’s mental health issues.

On the day of the killing, Mr Clarke explained that Mr Abdi was living in an apartment in Clane and Ms Bailey brought her son to visit the accused as they weren’t living with him at the time. He said the court will hear details that Mr Abdi was very caring towards Nathan and always acted very kind to him.

A decision was made that Ms Bailey and her son would stay over in Clane on the night of April 17 despite a number of instances occurring that day. Ms Bailey had witnessed a lady challenge her husband as to whether he was from the area, said counsel. Later that day, children taunted the accused which also had some effect on him, said Mr Clarke.

Detailing the evidence that will be heard, Mr Clarke said the family were watching television together on the evening and Ms Bailey went to the bedroom with her son at one particular point in the evening.

Around 4am, Mr Abdi came into the bedroom and took Nathan out of the room and brought him into the kitchen area, where he locked the door, continued Mr Clarke. When Ms Bailey woke up, she thought this was unusual and went to the toilet. Ms Bailey “heard thuds” when she was sitting on the toilet and went to inspect this, he said. The door of the room was locked so she got a highchair to look in through the glass, which was over the door. Ms Bailey saw Mr Abdi on a prayer mat in the kitchen and could see Nathan’s arm stretched out, said Mr Clarke.

Outlining the circumstances of the deceased’s death, Mr Clarke said Ms Bailey could hear her husband on the phone and he appeared to be calling the ambulance services. When Ms Bailey managed to get into the room, her son’s body was limp and his head was soft.

The court will also hear evidence, the lawyer said, that Ms Bailey rang the ambulance services, which took Nathan to hospital. He was later pronounced dead.

Mr Clarke said the major issue for the jury to try is whether Mr Abdi was insane at the time.

Counsel said this case dates back to 2001 and Mr Abdi was admitted into the Central Mental Hospital (CMH) from November 2001 until 2003.

Mr Clarke said that Mr Abdi was twice tried before the Central Criminal Court for the murder of his son. There was a disagreement in the first trial and Mr Abdi was convicted of murdering his son by a 10-2 majority verdict in May 2003.

In February 2019, his appeal was heard in the Court of Appeal and a retrial was ordered on the basis of newly discovered facts, he outlined. Mr Clarke said these newly discovered facts were that when Mr Abdi was imprisoned for this offence in 2001, he was later brought to the CMH on a number of occasions, where in 2013 he was diagnosed with paranoid schizophrenia.

Dr Damian Mohan, a consultant psychiatrist at the CMH, had given evidence on behalf of the prosecution at Mr Abdi’s trial in 2003 and was not of the view he was suffering from paranoid schizophrenia, said counsel. However, Dr Alex Quinn, a consultant forensic psychiatrist based in Scotland, thoroughly reviewed the whole case and provided an expert report to the Court of Appeal that the accused was suffering from a mental condition at the time of his trial, said Mr Clarke.

Barry White SC, defending the accused, made a number of admissions of fact to the court on behalf of his client. These included that the accused man caused fatal injuries to his son on April 17, 2001.

Mr White further admitted that Mr Abdi called 999 at 4.45am on the morning of the killing and requested an ambulance for his son.

The defence barrister said it was admitted that the ambulance arrived at 4.53am and Ms Bailey approached the paramedics saying that her son was not breathing, his head was swollen and blood was coming from his nostril.

The trial continues this afternoon before Mr Justice Alexander Owens and a jury of seven men and five women. It is expected to last up to five days.