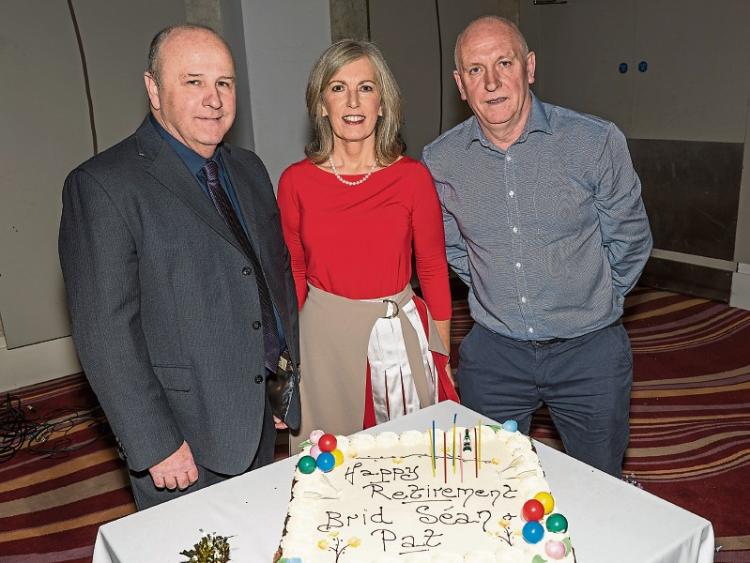 Three influential figures in Post Primary Education in Kildare Town had a joint retirement party in the Osprey Hotel in Naas on Friday, November 22.

Pat, originally a Principal of Tullow Community School, in 2010 accepted the daunting job of amalgamating the three schools in Kildare Town including the Presentation Secondary School.

“Pat's Vision is still evident in the school today championed by the inclusive community he has created.”

She added that during his time as Principal he developed a state of the art ASD centre, an integrated LCA programme, and put teaching and learning at the centre of everything we do as a school.

Meanwhile Sean Breen began his career in The Vocational School Kildare in 1979 and joined the staff of KTCS in 2011. “As LCA coordinator he was instrumental in so many success stories, ensuring many students stayed in school and fulfilled their potential,” she said.

Brid Ward has worked in Kildare since 1986. “As a talented and dedicated Home Economics teacher, she has inspired and guided many students into successful culinary careers.

“All at KTCS wish all three retirees well in the future.”