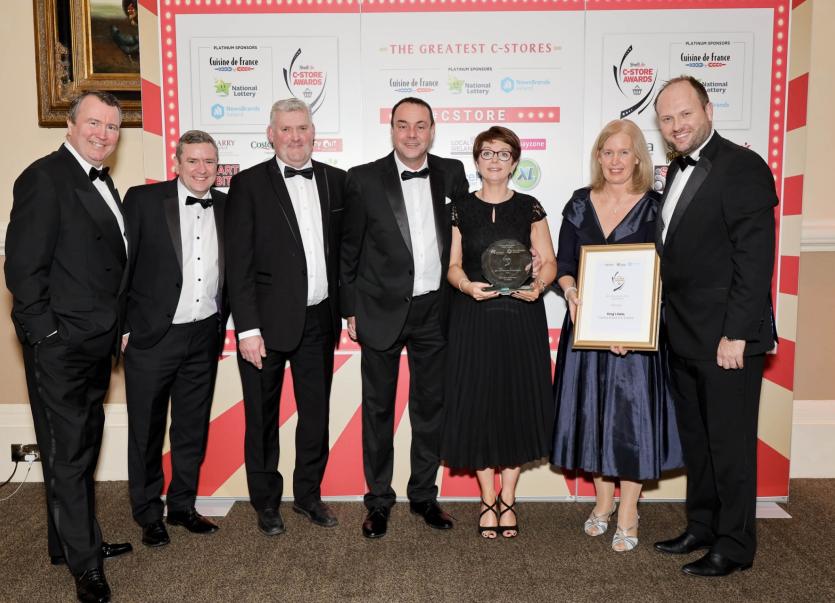 King's Gala in Maganey, Kildare has been named the Small C-Store of the Year at the prestigious ShelfLife National C-Store Awards 2019.

Representatives of the Maganey store attended the awards at Dublin’s CityWest Hotel, where master of ceremonies, Marty Whelan hosted the awards which saw the best of the Irish convenience sector recognised for their success and contribution to the industry.

“With huge competition from excellent stores across Ireland, it really is an honour for our store to be named Small C-Store of the Year, particularly as the store only opened earlier this year.

“King’s Gala prides itself on providing the best offering for our shoppers, and we’ve significantly increased our product and concept ranges over the last few years. This award is an acknowledgment of the huge efforts of our team who always strive to deliver the best in retailing and customer service for our customers. To be recognised for this, is incredible.

“I’d like to say a big thank you to all the people who have a role in making the store as successful as it has become – our team at King’s Gala, our loyal customers, both team’s at Gala Retail, and 4 Aces Wholesale, whose ongoing support and assistance has helped our store to become one of the best in Ireland.”

“Huge congratulations to Brian King and the team at King’s Gala in Maganey for the store’s award win at the ShelfLife C-Store Awards. To be named Small C-Store of the Year in its first year of business is no mean feat and it’s a testament to the hard work and innovation that Brian and his team have introduced at King’s Gala.

“We wish Brian, his team, and the store all the best and many more successes in the future.”