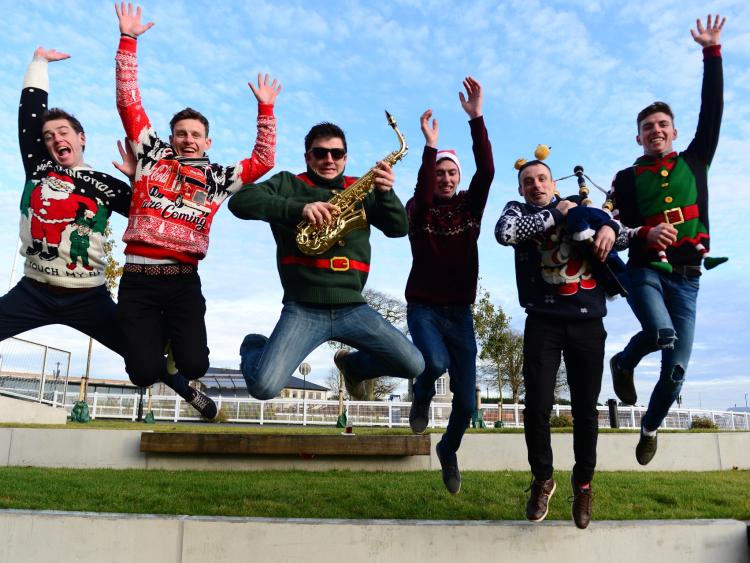 Over 30 top Irish jockeys and industry personalities took part in a special festival rendition of ‘Carpool Karaoke’ at The Curragh yesterday.

The initiative is part of the build-up to the jockey’s inaugural official visit to Our Lady's Children's Hospital, Crumlin on Thursday, 19th of December.

The competition was judged by renowned retired flat Jockey, Pat Smullen. A suite of short videos professionally produced by IRIS will be shared on social media from Horse Racing Ireland’s social media platforms over the coming weeks. These will include video content of the competition itself, the funny outtakes and bloopers and most importantly, some footage of the jockeys very special visit to Crumlin too.

The novel idea is the brainchild of Galway based jockeys’ physio John Butler who felt the industry needed a good shot of festive fun in advance of the busy Christmas racing period.

Speaking of the trip to Crumlin, top jockey Rachael Blackmore said “Carpool Karaoke today has been great fun but there is a serious side to why we are all here too! Jockeys are often praised for bravery going down to a fence at 40mph, taking falls, getting back on but the reality is that’s just what we do and it’s our chosen profession. From our eyes, there is no group more brave or special than the children at Our Lady's Children's Hospital, Crumlin, along with their parents and the staff. We are honoured to be swinging by to say hello and meet those heroes this Christmas.”