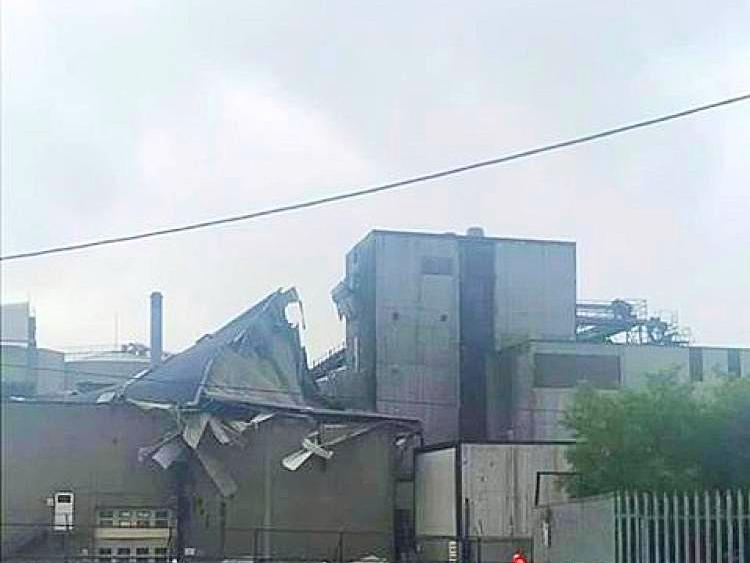 The scene of the collapsed building in July

Kildare Co Council has granted planning permission for a development at an Athy plant where a building partially collapsed in July.

Minch Malt Limited T/A Boormalt have been given the green light for a malt production process building along the north eastern boundary of the site outside the town to replace the existing building that collapsed on the afternoon of July 30.

Boormalt said at the time that no member of staff was injured and the affected building was later secured in line with approved Health and Safety protocols.

The company added at the time that the reasons for the collapse were unknown but it began a comprehensive investigation into the incident.

Also planned as part of the proposed development is a canopy and water storage tank.