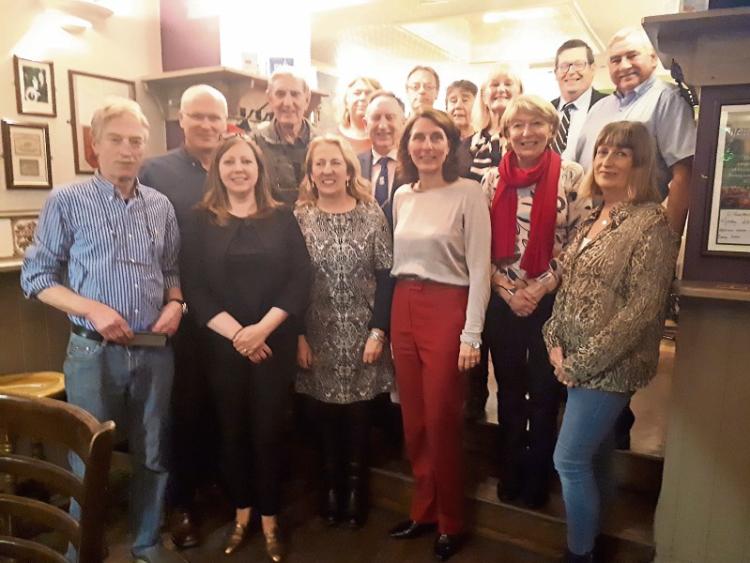 The pub has strong links to Germany, in so far as many of the German soldiers interned on the Curragh during the second world war visited the pub.

The late Tom O Rourke got the contract to supply beer to the German soldiers in the camp.

In those days, the beer came in barrels and had to be bottled in the pub. Some of the German soldiers would come in from the Curragh every day to wash the bottles and bottle the beer.

A strong friendship subsequently developed between Mr O'Rourke and the German soldiers.

When the war ended, the internees were repatriated home to Germany via Britian. Fearing their valuables would be taken by the British soldiers, they left them for safekeeping with Mr O’Rourke who later posted their things to Germany.

Brendan O’Rourke, son of the late Tom O’Rourke is now the proprietor of the pub. Arthur Voight was also present for the ambassador’s visit, and told Ms Potzel the story of his father Arthur Snr, a young German soldier who fell in love with, and married, a local girl. The couple settled in Hawkfield, Newbridge.

The twinning committee were also present on the night and the visit was deemed a great success.