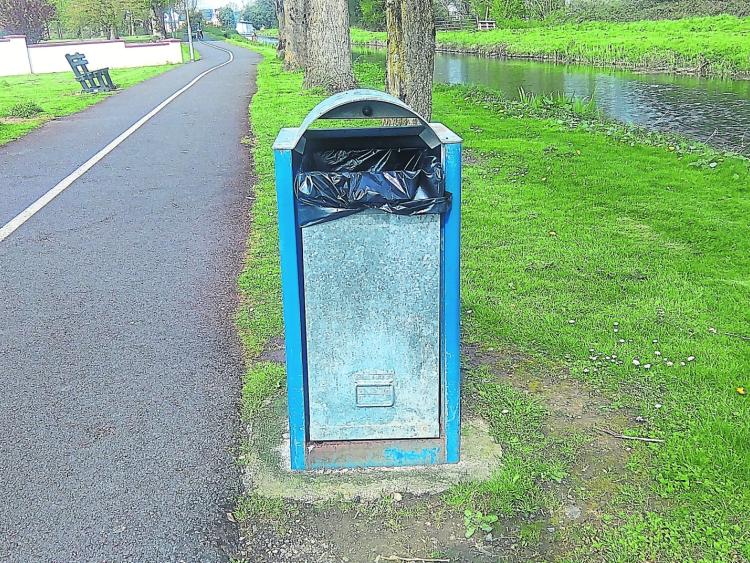 Kildare County Council is considering a new location for a litter bin which was located at Ballycane Hill.

Cllr Anne Breen said that the bin has been out of service for a considerable time and asked that it be replaced or removed “as it is an eyesore.”

She said it has been covered in black plastic and red tape.

Cllr Seamie Moore said the number of litter bins in Naas has been reduced by 25 and some of those remaining are “infiltrated with vermin”. He claimed some of those who service them are, as a result, afraid “to go near them.”

KCC said the bin was temporarily removed “due to site specific issue”, adding arrangements will be made to relocate the bin. Cllr Moore has previously complained that some bins are not being replaced by the council and others are in a poor condition, some with doors missing.

He claimed that Naas Town Council, which was abolished with town council's all over in Ireland in May 2014, would have had the bins replaced in 24 hours.